Deep Water: Everything You Need to Know

Now feels like the perfect time for this neglected genre to make a comeback. This is a really exciting project, for a number of reasons – so read on to find out everything you need to know about DEEP WATER.

DEEP WATER is currently scheduled to be in theatres on August 13, 2021. That gives us a steamy new movie on the year's only Friday the 13th, which also happens to land during the dog days of summer, which is a pretty great bit of scheduling.

Is There a Deep Water Trailer?

Sadly, we're still waiting for the first DEEP WATER trailer. There are a couple of fan-made trailers on YouTube, which pull together footage from GONE GIRL and other movies, but 20th Century Studios has not yet released any real footage from the movie.

It’s Got a Very Cool Concept

The plot for DEEP WATER concerns a married couple whose relationship has gone lukewarm. Instead of going to counseling or taking a vacation, they begin playing a series of increasingly devastating mind games. And, wouldn’t you know it, bodies start piling up (of course) as the games go on. If that deliciously evil concept doesn’t at least hook you a little bit, we don’t know what will. 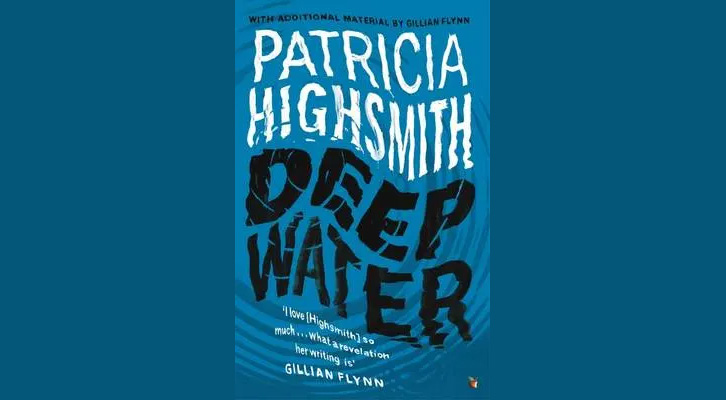 It's Based on a Novel by a Master of Suspense

DEEP WATER is based on a 1957 novel of the same name by American novelist Patricia Highsmith. If you don’t know Highsmith’s name, you surely know her work. She created the Tom Ripley character, who served as the basis for a number of films including THE TALENTED MR. RIPLEY, PURPLE NOON, THE AMERICAN FRIEND, and RIPLEY’S GAME. Additionally, her novel STRANGERS ON A TRAIN was adapted by Alfred Hitchcock and later turned into the broad comedy THROW MOMMA FROM THE TRAIN.

More recently, her novel THE PRICE OF SALT, now called CAROL, was adapted into an acclaimed film starring Cate Blanchett and Rooney Mara. Highsmith's writing is still celebrated by literary scholars and mystery enthusiasts and clearly a great source for new adaptations. (In 1981, DEEP WATER was made into a French film starring the legendary Isabelle Huppert.) Any new Highsmith adaptation is cause for celebration, but this cast and creative team make DEEP WATER incredibly exciting.

Amazingly, Lyne's last feature was 2002’s very good UNFAITHFUL (above), starring Diane Lane and Richard Gere. It might be that the type of movie that Lyne was so good at making – the visually sophisticated adult drama and/or thriller – is the type of movie that Hollywood studios have put on the back burner over the last 20 years. Lyne is now 79 and it would be great to see his new movie push his signature genre back into the mainstream.

Behind the Scenes Intrigue

The fact that stars Ben Affleck and Ana de Armas became a couple while shooting this movie has led to no shortage of tabloid interest. And while it’s always fun to watch the movie where two big stars fell in love, we don't want to overlook the rest of the DEEP WATER cast. The ensemble also includes Tracy Letts, Rachel Blanchard, Lil Rel Howery, Finn Wittrock, and Kristen Connolly. Clearly people were excited that Lyne has rejoined the game. So go for the Affleck/Armas love affair, stay for everything else.

All images courtesy of STUDIO.