Disney used its D23 Expo to announce a slate of new movies, and to drop new details about a handful of films that had already been confirmed. Together with companies like Pixar and Marvel, the studio has an impressive slate of animation and live-action movies coming to theaters between now and 2022.

Let's go through Disney's new movie announcements, and the films which were seen in a bit more detail. The list below is arranged in order of release date, from soonest to latest.

The first footage from BLACK WIDOW was revealed at Comic Con, and Disney showed off more from the next Marvel movie at D23. We don't have that footage to share, unfortunately, and there is not yet a trailer. But a BLACK WIDOW poster was created for the Expo, which you can see below, thanks to the artist, Marvel Studios Director of Visual Development & Concept Artist Andy Park.

You can see the film's villain, Taskmaster, in the upper left. Over on the right in profile, that's a rendition of David Harbour ("Stranger Things") as new character Red Guardian, a Russian super-soldier who is basically that country's version of Captain America.

Pixar's second movie of 2020, following the March 6 release, ONWARD, was finally shown off in more detail. According to Disney and Pixar, SOUL "journeys from the streets of New York City to the never-before-seen cosmic realms and "The You Seminar," the fantastical place where we all discover our unique personalities." If that sounds like a heady story to match the studio's movie INSIDE OUT, you might not be surprised to learn that SOUL comes from the same filmmaker: Pete Docter.

Tina Fey voices a character with the somewhat awkward name of "86 billion, 783 million, 123 thousand, five hundred and 22," or 22 for short. She's been stuck in the seminar for longer than any of us can fathom, which has led to the opinion that Earth is horrible. Enter Joe Gardner, a middle-school band teacher voiced by Jamie Foxx, whose passion is playing jazz. He ends up at the You Seminar, where he learns a lot about actually having soul. The cast also features Phylicia Rashād, Daveed Diggs and Ahmir "Questlove" Thompson.

Raya and the Last Dragon

One of the big new announcements at D23 comes from Walt Disney Animation Studios. RAYA AND THE LAST DRAGON is directed by two FROZEN and BIG HERO 6 alums, Paul Briggs and Dean Wellins, with CRAZY RICH ASIANS screenwriter Adele Lim providing the script. The story follows "a lone warrior named Raya, [who] teams up with a crew of misfits in a quest to find Sisu, the Last Dragon, and save their kingdom." Cassie Steele voices Raya, while and Awkwafina voices Sisu. We don't know if anyone provides a voice for the intriguing turtle/sloth hybrid seen above, but we're eager to find out. 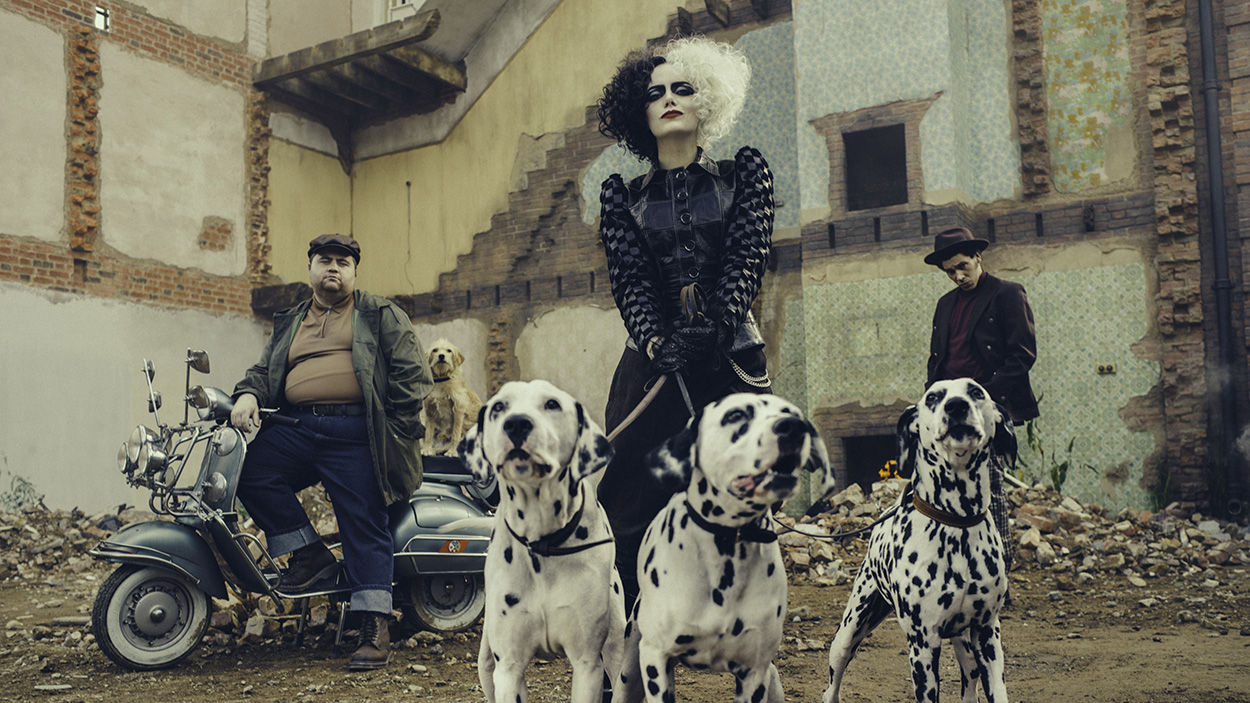 Disney's CRUELLA will revolve, as you might guess, around the studio's legendary villain Cruella de Vil. The film is shooting now, with Emma Stone in the title role. Craig Gillespie (I, TONYA) is directing. At D23, the first image from the film was released, and it is much cooler than anything we expected to see.

Along with the image, we learned that CRUELLA takes place in 1970s London, and that there might be some kind of punk rock influence on the character and story. (Punk was born in London in the '70s.) Both the original ONE HUNDRED AND ONE DALMATIONS, and the live action remake 101 DALMATIONS, were set in London. In fact, the '70s time period, and the fact that this is a live-action movie, more or less confirm CRUELLA as a prequel to the 1996 version. 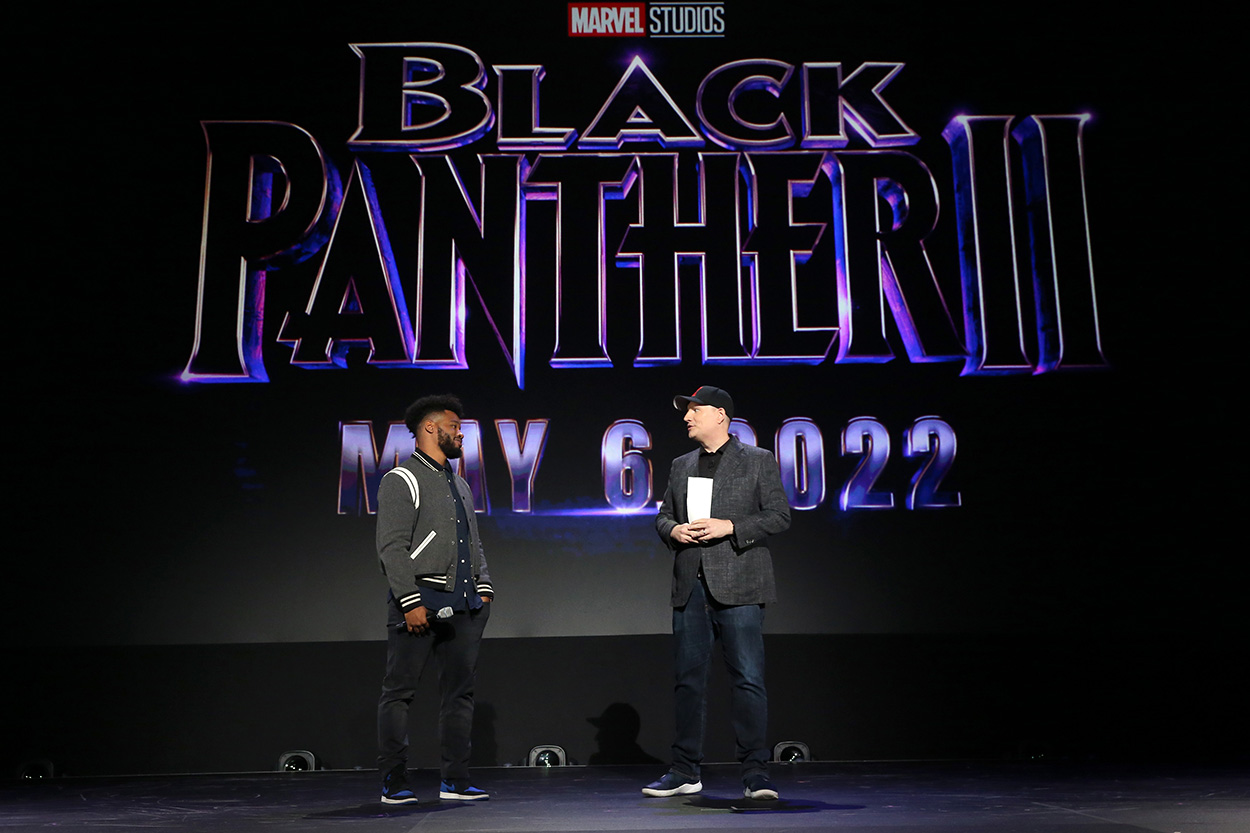 Coming a bit further down the line is BLACK PANTHER II. We've known the film was in development. After the success of the first movie, a sequel might have been the most obvious decision Marvel could make. Studio president Kevin Feige mentioned BLACK PANTHER II at Comic Con, and now a 2022 release date is official. That's a long time to wait, but it gives writer/director Ryan Coogler plenty of time to create a great sequel. He'll probably also find a different title for the film, too, as Marvel has moved away from numbered sequels.

This is an exciting slate, and Disney will surely have more to reveal in the coming months.

Check back with Cinemark for more info and tickets for these films!


All images courtesy of Disney.