New Movies to Watch in Theatres on January 31

You have a lot of entertainment options for this weekend, but there's nothing like seeing a film on the big screen. Want to know what new movies are coming out in January 2020, what great choices are still in theatres, and which movies to watch this weekend? We’ve got you covered!

This column is our regular guide to all the best new movies opening each week, from blockbusters to indies bursting with new talent and eye-opening documentaries. Here’s everything new in theaters for the weekend of January 31.


In THE RHYTHM SECTION, Blake Lively stars as Stephanie Patrick, an ordinary woman on a path of self-destruction after her family is tragically killed in a plane crash. When Stephanie discovers that the crash was not an accident, she enters a dark, complex world to seek revenge on those responsible and find her own redemption.


GRETEL & HANSEL is the new film from excellent indie horror director Osgood Perkins, and stars Sophia Lillis, the breakout star of IT. A long time ago in a distant fairytale countryside, a young girl leads her little brother into a dark wood in desperate search of food and work, only to stumble upon a nexus of terrifying evil.


THE TRAITOR is the true story of Tommaso Buscetta, the man who brought down the Cosa Nostra. In the early 1980's, as Sicilian mafia bosses wage war with one another over the heroin trade, Buscetta flees to Brazil. As scores are settled in Sicily, Buscetta watches from afar as his sons and brother are killed in Palermo, knowing he may be next. Arrested and extradited to Italy by the Brazilian police, Buscetta makes a decision that will change everything for the Mafia: he decides to meet with Judge Giovanni Falcone and betray the eternal vow he made to the Cosa Nostra.


THE ASSISTANT follows one day in the life of Jane (Julia Garner), a recent college graduate and aspiring film producer, who has recently landed her dream job as a junior assistant to a powerful entertainment mogul. Her day is much like any other assistant's - making coffee, changing the paper in the copy machine, ordering lunch, arranging travel, taking phone messages, onboarding a new hire. But as Jane follows her daily routine, she, and we, grow increasingly aware of the abuse that insidiously colors every aspect of her work day, an accumulation of degradations against which Jane decides to take a stand, only to discover the true depth of the system into which she has entered.


THE TURNING takes us to a mysterious estate in the Maine countryside, where newly appointed nanny Kate (Mackenzie Davis) is charged with the care of two disturbed orphans, Flora and Miles. She soon discovers that both the children and the house are harboring dark secrets, and that things around the grounds may not be as they appear.


THE GENTLEMEN follows American expat Mickey Pearson (Matthew McConaughey), who built a highly profitable marijuana empire in London. When word gets out that he's looking to cash out of the business forever, London's criminal community begins to launch plots, schemes, bribery and blackmail in an attempt to steal his domain out from under him. Charlie Hunnam, Henry Golding, Jeremy Strong, Colin Farrel and Hugh Grant all co-star.


THE LAST FULL MEASURE is the true story of Vietnam War hero William H. Pitsenbarger (Jeremy Irvine), a U.S. Air Force medic who personally saved over sixty men. During a rescue mission on April 11, 1966, he was offered the chance to escape on the last helicopter out of a combat zone heavily under fire, but he stayed behind to save and defend the lives of his fellow soldiers, before making the ultimate sacrifice in the bloodiest battle of the war. Thirty-two years later, Pentagon staffer Scott Huffman (Sebastien Stan) is tasked with investigating a Congressional Medal of Honor request for Pitsenbarger. As Huffman seeks out the testimony of Army veterans who witnessed Pitsenbarger's extraordinary valor, he uncovers a high-level conspiracy behind the decades-long denial of the medal, prompting him to put his own career on the line to seek justice for the fallen airman. 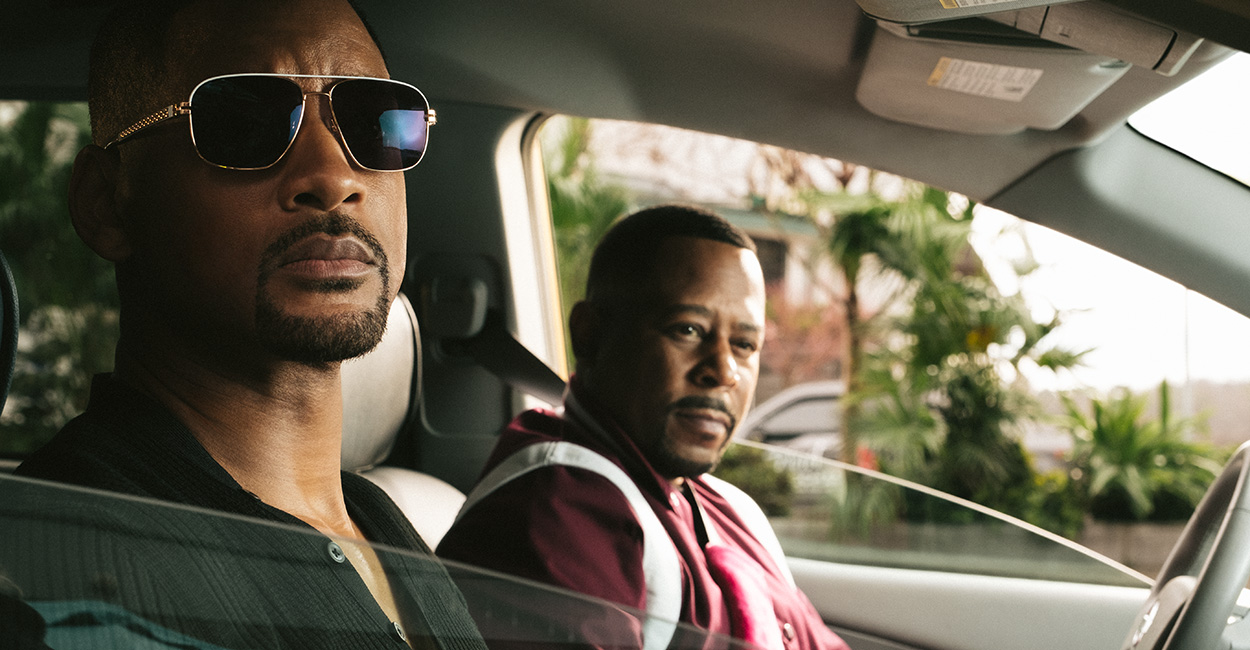 
Nearly 20 years after their last outing, Will Smith and Martin Lawrence return as Mike Lowery and Marcus Burnett, but the former partners in MIami law enforcement have taken divergent paths. Marcus is now a police inspector, while Mike is having a midlife crisis. And yet they are paired once again for one last explosive assignment., aided by a crew of young new recruits. All these BAD BOYS FOR LIFE have to do is take down a Romanian mob boss before they hang their guns up for good.


In DOLITTLE, eccentric widower Dr. John Dolittle (Robert Downey, Jr.), the famed doctor and veterinarian, becomes a hermit. Hidden behind the high walls of his manor, Dolittle keeps a menagerie of exotic animals for company. But when the young queen of England falls gravely ill, a reluctant Dolittle is forced to set sail on an epic adventure to a mythical island in search of a cure, regaining his wit and courage as he crosses old adversaries and discovers wondrous creatures.


Shinkai Makoto turned the anime world upside down with his last movie, YOUR NAME., which became one of the most popular films ever released in Japan and convinced audiences around the world to look at anime in a new light. His new film, WEATHERING WITH YOU, follows a young man, Hodaka, who runs away from home during the summer following his freshman year of high school. Adrift in Tokyo, the teen's struggle to care for himself are complicated by constant rain and gloom. Then Hodaka meets Hina on a street corner. This bright and self-possessed girl possesses a strange and wonderful ability: the power to stop the rain and clear the sky. Hodaka's life will never be the same.


In LIKE A BOSS, BFFs Mia and Mel (Tiffany Haddish and Rose Byrne) are living their best lives running their own cosmetics company, which they have built from the ground up. Unfortunately, they're in over their heads financially, and the prospect of a big buyout offer from a notorious titan of the cosmetics industry Claire Luna (Salma Hayek) proves too tempting to pass up, putting Mel and Mia's lifelong friendship in jeopardy. The beauty business is about to get ugly.


UNDERWATER creates a nightmare scenario in which a crew of underwater researchers must scramble to safety after an earthquake devastates their subterranean laboratory. There's another big problem, however, as the crew might not be the only ones displaced by the quake. Kristen Stewart leads the cast, which also features Vincent Cassel, Jessica Henwick, John Gallagher Jr., Mamoudou Athie, and T.J. Miller.


Acclaimed filmmaker Sam Mendes (SKYFALL, SPECTRE) takes us back to World War I for the story of two young British soldiers who are given a mission that may well be impossible. They have to take a message deep into enemy territory, to save a squad of fellow soldiers from falling into a trap. Mendes and acclaimed cinematographer Roger Deakins created 1917 to look like the entire film is one single continuous shot, which adds a unique layer of technical spectacle to what already looks like an intense war movie. See 1917 in Cinemark XD for the most immersive experience possible! [Opens Wide]


SHORT TERM 12 filmmaker Destin Daniel Cretton returns with a powerful and thought-provoking true story. JUST MERCY follows the young lawyer Bryan Stevenson (Michael B. Jordan) as he embarks upon a history-making battle for justice. The Harvard grad walks away from lucrative jobs, choosing instead to defend wrongly condemned defendants in Alabama, with the help of a local advocate (Brie Larson). He picks up the case of Walter McMillian (Jamie Foxx), who, despite evidence that proved his innocence, was sentenced to death for the murder of an 18-year old girl. Despite being stymied by the machinery of the justice system, Stevenson battles for McMillian's rights and freedom. [Opens Wide]

The ultra-creepy horror series returns with a terrifying new vision. After a young mother murders her family in her own house, a detective (Andrea Riseborough) begins to investigate the case... only to discover that the house is cursed by a vengeful ghost. Now targeted by the demonic spirits, the detective must do anything to protect herself and her family from harm. THE GRUDGE comes from filmmaker Nicolas Pesce and also stars Demián Bichir, John Cho, Betty Gilpin, Lin Shaye, and Jacki Weaver.


Come back next week for more new movies!