Mulan: Everything You Need to Know About Disney's Live-Action Remake

Disney’s live-action remakes of the studio's animated classics have proved that fresh takes on beloved classics can turn into box office gold. After the hot streak of DUMBO, ALADDIN, THE LION KING and MALEFICENT: MISTRESS OF EVIL, Disney is turning to another beloved 90s animated film: MULAN.

Scheduled for release next March, MULAN might be the most adventurous adaptation Disney has produced yet. This new take on the legend of a princess who disguises herself as a man in order to fight in her father's stead is poised to remind us why we loved the original while also forging its own path through the story. More than anything else, this version looks like it puts a heavy emphasis on the action in "live-action." Here’s everything you need to know about the MULAN live-action remake. 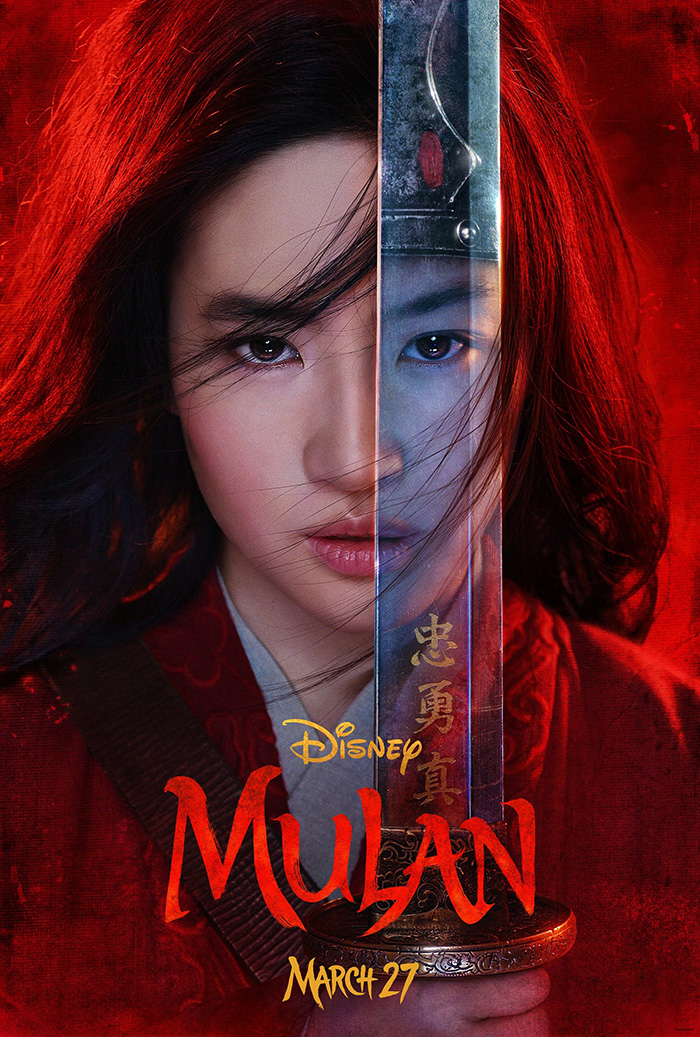 The live-action MULAN remake hits theatres on March 27, 2020. That release date gives us fewer than six months to wait, but Disney is still keeping many details about the movie as close to the vest as Mulan keeps her true identity. Read on for everything that is out in the open so far.


This first MULAN trailer is less than two minutes long, but it tells us much about the new film. Most important is that star Liu Yifei looks persuasively powerful and soulful in the lead role. This footage gives us a hint of the film's action bent, as it features graceful and epic scenes of combat, choreographed in the style of archetypical Chinese wuxia movies.

The original MULAN was released back in 1998 and is notable for being one of the only films during Disney’s second heyday to be produced almost entirely at the company's Florida animation studio. (The studio in question is the one you would walk by during the animation tour at the old Disney-MGM Studios theme park, now renamed Disney’s Hollywood Studios.)

Based in part on a Chinese poem called "The Ballad of Fa Mu Lan" and an original concept by children’s author Robert D. San Souci, the film was a modest hit, bringing in more money than THE HUNCHBACK OF NOTRE DAME and HERCULES. In the years since, MULAN has become, in the eyes of many, a true classic.

It’s Going to Be Very Different

If you’re used to the nearly shot-for-shot remakes of ALADDIN and THE LION KING, MULAN will likely have a very different feel. This appears to be very much a new version of the story you know and love. The screenwriters, Elizabeth Martin, Lauren Hynek, Rick Jaffa, and Amanda Silver, used the original poem as inspiration right alongside the animated hit. In the past, movies that are labeled as being part of the so-called Disney Renaissance (which lasted through the 1980s and 1990s) are the ones that have been least changed for live-action remakes, while older films like DUMBO have been more freely adapted. But in the case with MULAN, this is a very different beast.

The essentials are all there, of course, with Mulan (Liu Yifei), disguising herself as a male warrior and taking the place of her ailing father in the Imperial Army, fighting against the rampaging Huns. But almost everything else is different. There are no musical-style songs, for one. Sorry, "I'll Make a Man Out of You" super-fans — more on this in a moment.

Mushu Isn’t In the new Mulan

One of the biggest differences between this live-action version and the animated original is that Mushu, Mulan’s wise-cracking dragon sidekick, voiced by Eddie Murphy years before he played Donkey in SHREK, is no longer part of the story.

Instead, rumors say that Mulan will be accompanied by a phoenix. The bird is glimpsed in a few shots in the trailer, but we don't know much about how the creature will factor into the story. While we will miss Mushu, the production did go to great lengths to make sure that everything was culturally appropriate and respectful of historical accuracy. Having a mythical creature voiced by a comedian wouldn’t exactly feel at home in a production that otherwise strives for authenticity. This may be some consolation, however: An actor is listed as the voice of Cri-Kee, Mulan’s pet cricket.

The Scale is Positively Epic

As you can tell by the trailer, this movie is huge. This film does not feel like it was entirely filmed in a British soundstage; quite the opposite, in fact! The extensive location work shines in the footage.

Director Niki Caro shot the film between August and November 2018, across China and her native New Zealand. You can tell. The original animated film was inspired by the epic vistas in movies by David Lean (such as LAWRENCE OF ARABIA) and the remake genuinely looks like a David Lean movie.

The film’s visual effects were overseen by Sony Pictures ImageWorks and Weta, the company best known for work on the LORD OF THE RINGS films. Comments from co-star Gong Li put the budget in the $300 million range, which suggests that what we see in the trailer is only the beginning.

What About Mulan's Music?

While the new MULAN won't feature the same sort of musical numbers that we know and love from the original film, that doesn't mean those original songs will be completely absent from the live-action remake. Harry Gregson-Williams, who did music for Niki Caro's previous film, THE ZOOKEEPER'S WIFE, is composing music for MULAN. One aspect of his score will be instrumental arrangements of songs from the animated original. You can hear part of the new arrangement of "Reflection" in the trailer, and we'll almost certainly hear several more clues to his approach before the film opens next year.