Adapting a well-known story into a movie is tricky enough. It’s twice as difficult when adapting multiple short stories into one film, and even more challenging when they’re all a beloved part of the audience’s childhood. Such is the case with SCARY STORIES TO TELL IN THE DARK, the horror movie based on the trilogy of best-selling anthology books by Alvin Schwartz, opening on August 9.

If you grew up in the ’80s or ’90s, there’s a good chance you remember Schwartz’s horror collections — and how they were made all the more memorable by Stephen Gammell’s beautifully spooky artwork. Transforming these twisted tales into a single horror movie is no easy task, but Norwegian director André Øvredal found a particularly clever way to bring these chilling stories to life. Here’s how the SCARY STORIES TO TELL IN THE DARK movie works.

Tales to Haunt Your Childhood

The first “Scary Stories to Tell in the Dark” book was released in 1981, followed by 1984’s “More Scary Stories to Tell in the Dark” and 1991’s “Scary Stories 3: More Tales to Chill Your Bones.” Each book featured urban legends, spooky snippets of folklore from around the world, poems and even songs. Schwartz didn’t pass these off as his own. The author did his homework, researching where these stories originated and how they changed over time, as evidenced by the author’s charming notes included in each anthology.

Like the stories themselves, the “Scary Stories” collections have been popular for multiple generations of young readers. They remain popular among kids today, thanks in part to the parents who grew up reading the books. But the fandom for Schwartz’s books is fueled by much more than nostalgia. The stories have a certain morbid humor that is particularly appealing to kids. Schwartz also understands the similarities between the structure of a joke and a good scary story. Finally, the eerily beautiful illustrations by artist Stephen Gammell made those stories unforgettable. So how does all that work as a movie?

Given the popularity of Schwartz’s books, it’s kind of surprising that there hasn’t already been a movie adaptation, especially considering the cultural obsession with nostalgia. Filmmaker Guillermo del Toro, best known for HELLBOY and THE SHAPE OF WATER, has been trying to adapt SCARY STORIES TO TELL IN THE DARK for years, and various writers have taken a crack at scripting Schwartz’s collections for the big screen.

Finally, director André Øvredal (who previously directed THE AUTOPSY OF JANE DOE), along with screenwriters Kevin and Dan Hagerman, figured out an exceptionally clever way to do so. The film, produced by Guillermo del Toro, incorporates several fan-favorite ghosts and ghouls, paying tribute to Schwartz’s stories and honoring the spooky-but-fun spirit of the books. Stephen Gammell’s illustrations are translated into ominous movie monsters such as the Pale Lady and the scarecrow, Harold. 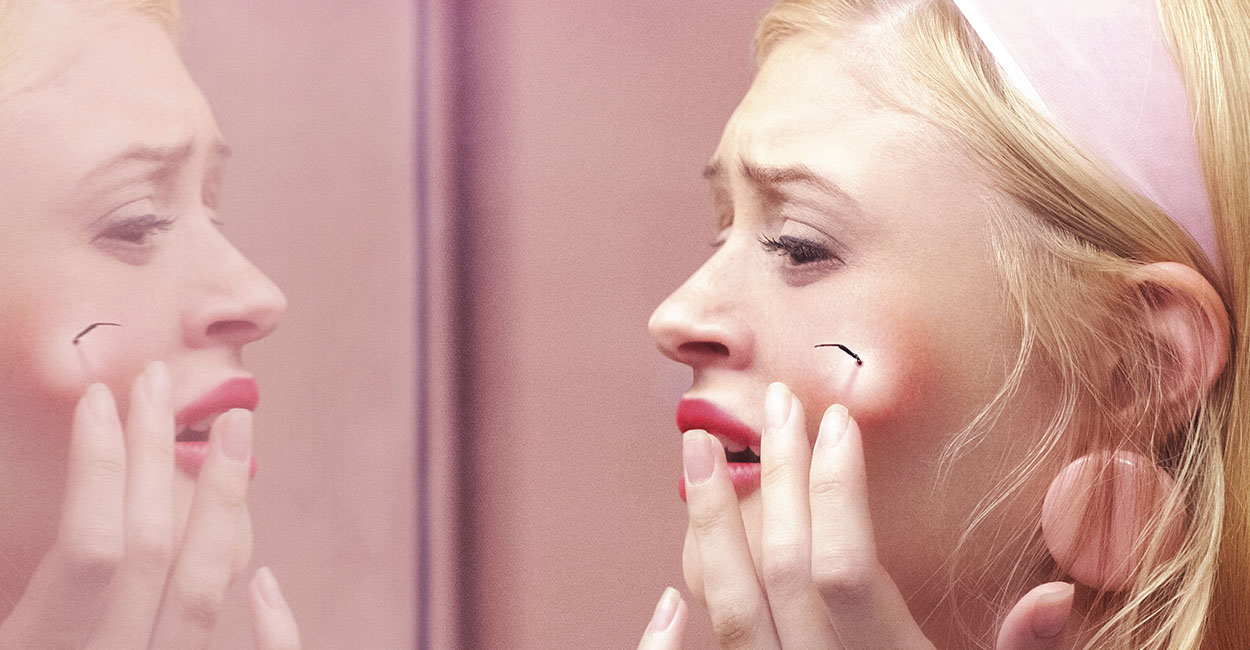 One of the best aspects of the original books is that Alvin Schwartz encouraged readers to read the stories aloud, and to add their own personal touches to scare friends and family. The SCARY STORIES TO TELL IN THE DARK movie preserves that spirit. The film is set in the 1960s, and follows a group of teens who find a book that contains numerous scary stories collected by a young woman living in a frightening mansion. As they try to uncover the truth behind what happened to this mysterious author, each teenager discovers a scary story that relates to their personal fears. So there’s one big plot, but the movie makes room for individual storylines that adapt specific ideas from the books. There’s even a new SCARY STORIES monster: the stitched-together Jangly Man.

SCARY STORIES TO TELL IN THE DARK also has to appeal to both adults — who read the books in their youth — and kids. In addition to making sure the film captured the spooky-fun spirit of the books, Øvredal enlisted an excellent ensemble of teenage and adult actors. The cast features Gabriel Rush (THE GRAND BUDAPEST HOTEL), Zoe Margaret Colletti (2014’s ANNIE), Michael Garza (“Wayward Pines”), Gil Bellows (“Patriot”), Dean Norris (“Breaking Bad”), and Lorraine Toussaint (“Orange Is the New Black”). With these talented performers and a group of filmmakers who love the source material as much as the audience does, SCARY STORIES TO TELL IN THE DARK is sure to be a scary good time.

See SCARY STORIES TO TELL IN THE DARK on August 9!