How 2019's Sequels Are Changing the Game

There was a time when “cinematic universes” didn’t exist. Sequels once tended to just double down on whatever ideas audiences liked last time, in the hopes of bringing people back for more. STAR WARS started creating an exception to this trend, but films of that kind were the exceptions that proved the rule, by demonstrating that it took some rare creative spark to create characters and stories that would sustain interest over the course of multiple films, across a span of years, or even decades.


Then came Marvel Studios. Thanks to the success of the Marvel Cinematic Universe, and, to some extent, the rise of “prestige” television, more and more filmmakers are creating movies as chapters in a larger saga. They trust audiences to follow along with a rich, even operative narrative. Now, sequels form interconnected tapestries where intriguing side details and peripheral characters can become adventures that dovetail back into the main story.

Marvel’s success with that approach is almost literally unprecedented: AVENGERS: ENDGAME and SPIDER-MAN: FAR FROM HOME both crossed the billion-dollar mark at the box office. They did that in no small part by implementing an incremental and interconnected storytelling technique. Each film built upon previous Marvel movies, while revisiting characters and rewarding audience familiarity with an ever-expanding cast of superhero characters.


STAR WARS is bigger than ever, and will follow in Marvel’s footsteps, after inspiring the studio’s business model with the Original Trilogy in the '70s and ‘80s. THE RISE OF SKYWALKER will not only complete the most recent trilogy of films; its story reaches back across eight movies, to wrap up the entire Skywalker saga that began in 1977. It will do this while also introducing more ideas which might be explored in later spinoffs, standalone films and (perhaps) new series. Both THE LAST JEDI writer/director Rian Johnson and "Game of Thrones" showrunners David Benioff and D.B. Weiss have announced plans to create new STAR WARS trilogies.


Suffice it to say that Disney, the parent company of both Marvel and Lucasfilm, has a firm grasp on how to expand film properties into grand, complex universes. The studio's animation arm will test that approach with FROZEN II, the long-awaited sequel to the blockbuster 2013 film about two sisters and the enchanted abilities that threaten their relationship.

Early looks at FROZEN II suggest that it is not just a continuation of the story from the first one, but an adventure that re-frames the original as a set-up for a more expansive and epic story. The fact that the filmmakers took seven years to create this companion piece suggests that they were more interested in getting the sequel right than just plain getting it done. 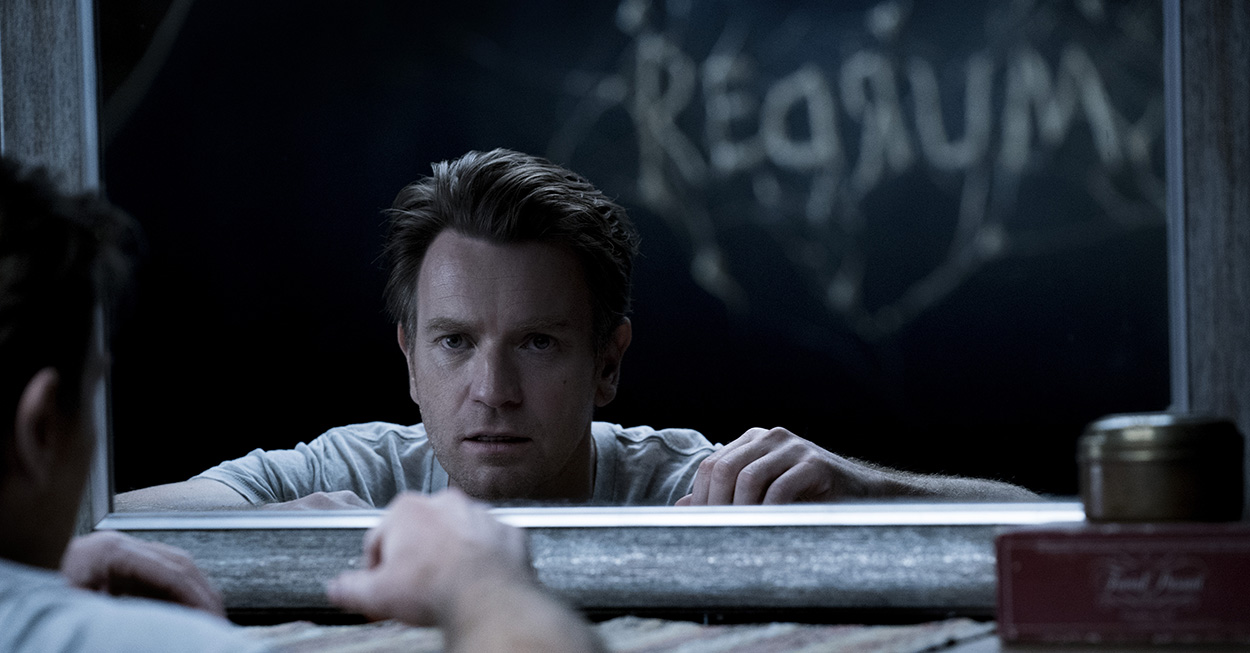 
Meanwhile, Warner Bros. has skillfully created an unexpectedly successful “universe” of CONJURING films. These use the real-life case files of paranormal investigators Ed and Lorraine Warren (Patrick Wilson and Vera Farmiga) as inspiration for scary and fascinating spinoffs. Some feature the Warrens; others explore fresh stories and open new doors for horror.

The blockbuster CONJURING franchise has also prompted the studio to take a similar approach with one of its most venerated horror films: THE SHINING. In 2013, Stephen King continued that story in a sequel novel, "Doctor Sleep." Now, almost 40 years after Stanley Kubrick terrified audiences, director Mike Flanagan ("The Haunting of Hill House") has settled into the director’s chair to create a follow-up that looks to be worthy of the original. Rather than merely returning to the terrors of the Overlook hotel and its besieged inhabitants, Flanagan is working from King’s book to look at the survivors of the original story. DOCTOR SLEEP will examine the repercussions of THE SHINING, turning this new chapter into a second half of a cohesive whole.

At the same time, Warner Bros. and subsidiary New Line Cinema bankrolled both installments of the King adaptation IT. Audiences will soon get to see the conclusion of the story that began in 2017, as director Andres Muschietti brings both his original cast and a whole new collection of stars (including Jessica Chastain, James McAvoy and Bill Hader) to Derry for a showdown with the horrific clown demon, Pennywise. King’s novel always featured the main characters at two different ages - children and troubled adults - and this approach not only showcases two different acting ensembles, but gives the story the space that it needs and deserves to feel truly complete.


All these game-changing sequels are just the beginning of a much larger trend. TERMINATOR: DARK FATE, from DEADPOOL director Tim Miller, is based on a story idea by TERMINATOR creator James Cameron, who considers this new movie a direct sequel to his own films, THE TERMINATOR and T2: JUDGMENT DAY. (In much the same way that 2018's HALLOWEEN was a direct sequel to John Carpenter's original HALLOWEEN.)

Cameron’s participation marks the first time he has been actively involved in a TERMINATOR movie in almost 30 years, which gives the film a unique legitimacy. It also bridges the stories, to make them feel like part of an larger, intentional story, rather than an incidental set of sequels.

As a whole, TERMINATOR: DARK FATE also reflects the changing interests and appetites of both moviegoers and Hollywood storytellers. Doing “more” of the same thing is no longer enough to satisfy either of them. A new film needs to actually mean something, to build upon what came before. The goal isn't just to continue a story, but to complete a true journey in order to provide closure and even catharsis — not just for the character, but the audience. True to their name, cinematic universes offer not just the time, but the unlimited space to do exactly that.

Come explore these huge cinematic universes with us!