Fast and the Furious: Fast X Is on the Road to Theatres

The FAST AND THE FURIOUS series has had an incredible 20-year race, and the movies aren't slowing down yet! Following the 2021 release of F9, the tenth official movie (not counting the HOBBS & SHAW spinoff) has gone into production for a 2023 release.

The major Fast Saga cast returns for FAST X, and there are some new members of the family and at least one new enemy, too. While no FAST X footage has been released at this point, we do know a few things about the sequel. Here's everything we know about FAST X.

When Does Fast X Come Out?

Is There a Fast X Trailer? 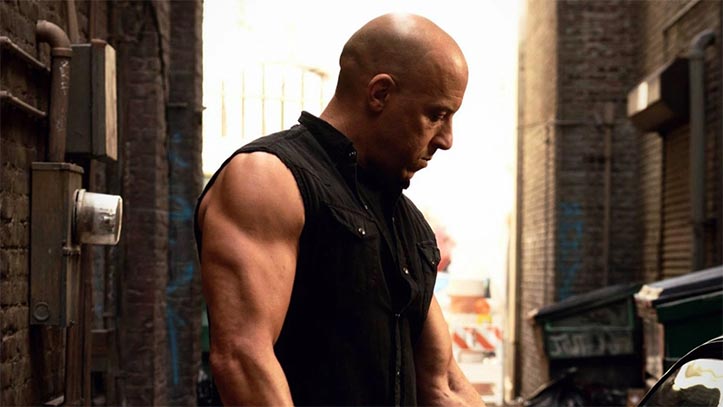 Right now, no, there is no FAST X trailer. The movie only just started production recently, and almost immediately hit a speed bump as original director Justin Lin exited the project. We'll update as soon as a FAST X trailer is released, but we don't expect that to be soon.

What Is Fast X About?

The story of any Fast sequel is always kept fairly secret while the movies are in production. Sometimes we can glean a few details from photos taken on location. Since FAST X only recently started shooting, there aren't even many of those.

We know that FAST X has been using locations in the UK and Rome, but we don't know much about what takes place in those locations. That said, the returning and new cast members do give us some vague indication of the movie's path.

Who Is in the Fast X Cast?

It probably goes without saying that Vin Diesel returns as Dominic "Dom" Toretto, the one-time criminal and street racer who has settled down with Letty (Michelle Rodriguez, also returning) and son Brian Marcos.

Some of Dom's regular compatriots are back, too: Tyrese Gibson as Roman Pearce, Chris "Ludacris" Bridges as Tej Parker, Jordana Brewster as Mia Toretto, Dom's sister and a member of his team, Nathalie Emmanuel as British computer hacktivist Ramsey, Sung Kang as Han Lue, Michael Rooker as Buddy, and an auto mechanic who worked with Dom's father. We're hoping that Anna Sawai, who played Han's surrogate daughter Elle in F9, will return, too. So far there is no official word on that front.

We do know about many exciting additions to the Fast Family beginning in FAST X. Oscar-winner Rita Moreno, who won her Academy Award for the original WEST SIDE STORY and also appeared in Steven Spielberg's new version, will play Dom's grandmother. In an Instagram post, Vin Diesel said, "It’s been my dream forever to work with Rita Moreno, and the fact that she’s here playing my grandmother makes my soul smile."

In addition, Cardi B is back as her character Leysa, who only had a very brief appearance during her introduction in F9. Daniela Melchior and Brie Larson have joined the cast in undisclosed roles, and Alan Ritchson, the star of Amazon's "Reacher" series, has been cast as well. And, of course, Charlize Theron returns as the arch-criminal and cyberterrorist Cipher. (If you're counting that makes four Oscar-winning women in the cast.) Oh, and there's one more major addition to the enemies of the Fast Family…

Who Is the Villain in Fast X?

Jason Momoa plays the villain in FAST X. We don't know too much about his character, but recent paparazzi photos of the film's Italian set prove that he looks… a lot like Jason Momoa! We'd also guess that Charlize Theron's Cypher will be part of the antagonist lineup. In true Fast Saga style, we expect at least one of these two to switch to Dom's side before the movie is over.

Who Is Directing Fast X?

The biggest news in the Fast world is that Justin Lin, who made five of the ten movies in the series, stepped away from directing FAST X. That would be notable under any circumstances. Since he dropped out while the movie was filming, the news was a bombshell.

Now Louis Leterrier has stepped in to direct FAST X. Previously, he directed NOW YOU SEE ME, the Ed Norton INCREDIBLE HULK, and, perhaps most notably, the early Jason Statham hit THE TRANSPORTER. Justin Lin's work was a big factor in elevating the Fast Franchise from mid-tier action movies to a globally popular series, so his touch will certainly be missed. (He remains on board as a producer.)

Will Fast X Be the Last Fast and Furious Movie?

FAST X is not the last movie! The tenth movie, now known as FAST X, was once expected to be the last official chapter. That has changed. A follow-up — potentially billed as "Fast X Part 2" or something similar — is in development. Currently it is planned for a 2024 release date. We do not know if most of the 11th movie is being filmed at the same time as FAST X.

In addition, more spinoffs in the vein of HOBBS & SHAW are in development. We do not know which characters they will feature. News about those movies will come out in the months to come. We're as curious as you are to know who will lead the next films!

We'll have more to report about FAST X soon!

All images courtesy of Universal Pictures.

Summering Is a Sweet and Breezy Coming of Age Tale