While Halloween wasn't quite normal this year, and in fact very little has felt normal, our favorite horror movies helped keep October feeling like the chilly fall season opener that we love. And we're not done with new horror movies yet, thanks to a wild and funny slasher called FREAKY.

With a couple of great stars and a filmmaker who is rapidly becoming a new star in the genre, FREAKY has the makings of a new fan favorite. Here are five reasons why. 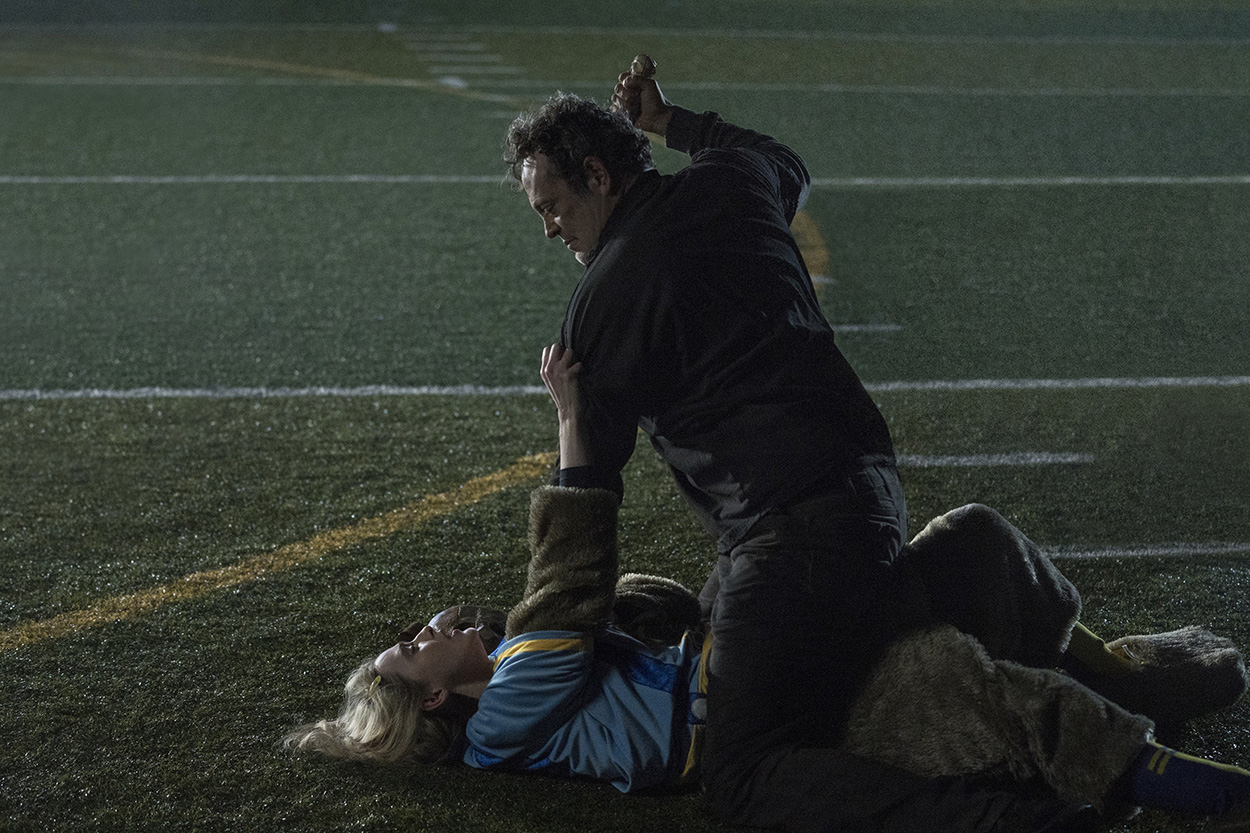 A couple of key elements can ensure that horror films have a great chance to succeed. One is a cool killer. Another is a wild premise that you can easily explain — or at least summarize, even if you can't explain the twists. FREAKY has both!

In FREAKY, a demented and very dedicated serial killer, played by Vince Vaughn, swaps bodies with 17-year-old Millie (Kathryn Newton). The "how" isn't very important, but a magic dagger is involved. So now you have a possessed teenager targeting other high school kids, with Vince Vaughn leaning into the role of a student determined to stop her. Or stop him. It's a little confusing, but it's also a fun mixture of Child’s Play and Big that feels bizarre and original.

Not every horror film has to be R-rated, but it helps. Especially if that film is a slasher like FREAKY. When the point of a movie is that a violent person is running rampant, the audience expects to see some of the results in, shall we say, living color.

FREAKY doesn't have any problem in that department. For starters the film is R-rated. But more than that, its trailer reveals a whole lot of slasher action going on. We don’t get to see the gore, but it heavily indicates there will be some. Despite its almost comedic premise, this is still going to be a horror film with teeth.

Depending on when you became a fan, you might primarily think of Vince Vaughn as a fast-talking comedy actor. It makes sense; he certainly made a ton of movies where that is his primary focus.

But Vaughn can do a lot more than that. Don’t forget he played Norman Bates in Gus Van Sant’s PSYCHO remake! He had a big role in the second season of "True Detective," and if there’s any doubt that he can be a hulking physical presence, definitely check out his fighting moves in BRAWL IN CELL BLOCK 99. Vaughn can be both funny and menacing, and it looks like FREAKY will spotlight his ability to do both.

FREAKY is written and directed by Christopher Landon. You might not know that name, which is okay, but you'll hear a lot more about him in the years to come. Right now, all you need to know is that he's the guy who directed HAPPY DEATH DAY and HAPPY DEATH DAY 2U.

The HAPPY DEATH DAY movies are both blasts; they're funny horror films with an enjoyable premise that is easy to understand and get behind. Jessica Rothe stars as a college student who must repeatedly relive her birthday until she thwarts the serial killer who keeps murdering her over and over and over. The second film takes that premise much further, to the point where it's basically science fiction. Both movies are lots of fun and should make anyone who sees them automatic Christopher Landon fans for life.

We don’t get enough theatrical horror releases in a normal year, much less a crazy year like 2020. When one comes along, it’s worth looking into.

But it’s even more exciting when it’s a film like FREAKY. It just looks like such a good time at the movies. The premise mixes familiar elements into something we’ve never seen before. And we have no idea how this is going to end up! Will Vince Vaughn be able to stop himself from killing? Will he be stuck in that body forever? Is there going to be any way for them to make sequels? We don’t know, and we’re so pumped to find out.

All images courtesy of Universal Pictures.