Halloween Kills: Everything You Need to Know

The 2018 HALLOWEEN sequel proved to be even more popular than anyone expected, and naturally, that means there's a sequel coming. In fact, there are two HALLOWEEN sequels on the way! HALLOWEEN KILLS arrives in 2021, and HALLOWEEN ENDS will open a year later, in 2022.

It's too early to know very much about the third movie in this series, but there's already plenty of info about the second. Two trailers have let us know just the right amount of advance info about the story, and there are some great deep-cut references in the characters who appear in the movie. Here's everything we know about HALLOWEEN KILLS, including the latest trailer!

(Note: We'll dive into spoilers for some of the previous HALLOWEEN movies below, specifically the most recent 2018 release.)

The Day He Comes Home (Again)


First up, the important stuff. The HALLOWEEN KILLS release date is set for October 15. That's almost exactly three years after the release of David Gordon Green's HALLOWEEN, which came out in 2018. HALLOWEEN ENDS will arrive in theaters in October 2022.


The first teaser trailer for HALLOWEEN KILLS was released online about a year ago. That first teaser mostly takes place immediately after the end of the 2018 HALLOWEEN, as Laurie Strode and her daughter and granddaughter speed away from the flaming ruin of Laurie's home — in which Michael Myers is still trapped.

Now the new trailer, which you can see just above, shows a lot more of what happens as Michael Myers escapes the blaze. The big concept in this movie seems to be that, at long last, Laurie Strode is able to rally the people of Haddonfield to fight Michael — which also seems to intensify the killer's level of violent action.

Can Michael Myers Be Killed?


For a while following the release of the last movie, we wondered if Michael was actually dead. (We knew that he probably was not, especially when two more movies were set in motion.) Maybe we really need to ask if Myers can be killed. Looking back at all the HALLOWEEN movies from the past, the answer seems to be a big "no," probably with a Jack-o-lantern in place of the "o." Michael has seemingly died several times over. There's always eventually another movie in the series, and he is almost always the villain.

But here's the trick. The HALLOWEEN timeline has been reset multiple times in the past, most recently by the 2018 movie. The only two movies that actually matter from the perspective of this story are the 1978 original, and the 2018 sequel. Everything else was wiped away, like a trace of pumpkin innards from a tabletop. So whether or not Michael Myers could be killed in most of the other sequels doesn't matter. The only question is whether or not he can be killed now. The answer seems to be "no," or at least, "not yet."

What Is Halloween Kills About? 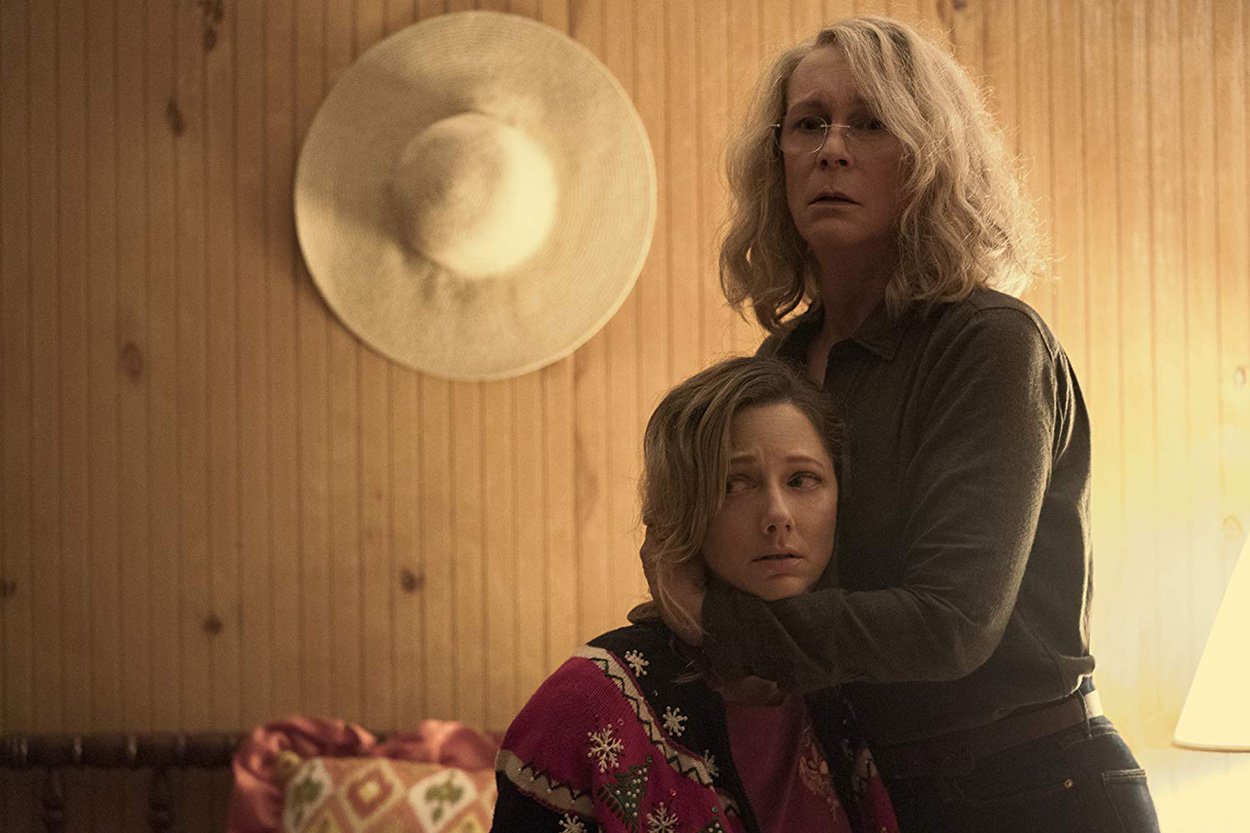 HALLOWEEN KILLS seems to push the idea of unification even further. While the Strode women banded together to fight Michael last time, it wasn't enough. Now Laurie is finally able to get the entire town together to hunt down this relentless boogeyman.

As the trailer shows, Curtis, Greer, and Matichak have all returned for HALLOWEEN KILLS, as have actors James Jude Courtney and Nick Castle, who played Michael Myers. (Castle was the original actor under the mask back in 1978, and he played Myers for a couple of scenes in the 2018 movie.) More interesting is the set of new and returning actors who are joining the sequel. And they are…


Some of the sequel's new cast is actually a returning cast, as a couple of the actors appeared in John Carpenter's 1978 original. Kyle Richards, who played Lindsey Wallace in the 1978 original, will reprise the role in HALLOWEEN KILLS. The character, who was once babysat by Laurie Strode's friend Annie (Nancy Kyes), will now be seen as an adult. (Poor Annie did not live through that deadly Halloween night when Michael Myers first rampaged.)

And Anthony Michael Hall (above, in WAR MACHINE) has signed on to play Tommy Doyle. That character was the child babysat by Laurie in the original film; he and Lindsey escaped together. Whether or not that has created any special bond between them remains to be seen. Finally, Robert Longstreet is back to play Lonnie Elam, a character who bullied Tommy Doyle back in 1978. Those are some choices that should get long-time fans of the series very intrigued.


Speaking of Tommy Doyle, some casual viewers may have questions. That character survived the original movie and went on to play a big role in later films. In fact, Paul Rudd, in one of his first feature film appearances, played Tommy Doyle in 1995's HALLOWEEN: THE CURSE OF MICHAEL MYERS. His version of Tommy had uncovered surprising facts about Michael Myers's history, including the influence of a druidic cult that obsesses over a demon called Thorn.

Unfortunately, while we love Paul Rudd's version of the Tommy Doyle character, and think the whole Thorn subplot is pretty wild and entertaining, that material was all wiped out by the 2018 movie. (In fact, the Thorn storyline was originally wiped out by H20: TWENTY YEARS LATER.) The good news is that the field is wide open for a new version of Tommy Doyle, and all the story points around him. Since the latest HALLOWEEN KILLS trailer embraces the idea that Michael Myers is something more than a man — "the more he kills, the more he transcends," says Laurie — perhaps some version of the Thorn storyline will be incorporated here.


At this point it's safe to assume that HALLOWEEN creator John Carpenter is primarily involved with the movie's music. He returned to do the score along with his HALLOWEEN 2018 score collaborators, son Cody Carpenter and godson Daniel Davies. The filmmaker has seemed to be revitalized in the past few years by making new music and even going out on tour, and Carpenter's musical contributions are an excellent way for him to be part of the voice of the new movies.

In 2018, McBride talked about early ambitions to shoot two new movies at the same time. Cooler heads prevailed then, and they just made the one movie. "We were going to shoot two of them back-to-back," he told Entertainment Weekly. "Then we were like, 'Well, let's not get ahead of ourselves. This could come out, and everyone could hate us, and we'd never work again. So, let's not have to sit around for a year while we wait for another movie to come out that we know people aren't going to like.' So, we were like, 'Let's learn from this, and see what works, and what doesn't.' But we definitely have an idea of where we would go [with] this branch of the story and hopefully we get a chance to do it."

Thankfully, they got an even better chance than they bargained for! With two films on the way, there's room to really plan out the story. We can't wait to see what this team has cooked up for the Strode and Myers families, and all the other residents of Haddonfield.

Test your HALLOWEEN knowledge with our deep dive into Michael Myers trivia!


All images courtesy of Universal Pictures.