This summer, Tom Cruise is flying all the way back to the beginning of his career, revisiting one of his biggest hits, TOP GUN, with its long-awaited sequel TOP GUN: MAVERICK. A lot has happened in the thirty-six years since TOP GUN’s 1986 release, but one thing has remained remarkably consistent: Tom Cruise’s status as one of the world’s biggest movie stars.

It takes a lot to stay on top amid changing fads, changing distribution schemes, and changing audiences. How does Tom Cruise stay vital through it all? Let’s find out! 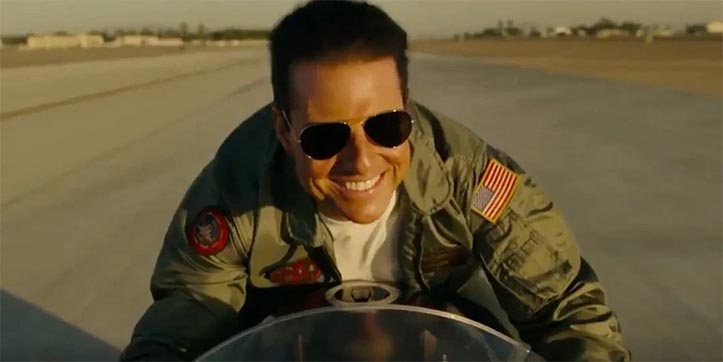 Say what you want about talent, having charisma is no little thing when it comes to the movie star game. And Tom Cruise has boatloads of it. No one ever has anything bad to say about working with him, and when he flashes his big smile, you can start to see why. The guy just oozes congeniality. You want to be his pal. You believe you could run into him after a twenty-year break and he would still remember your name. He just has that hold on viewers. 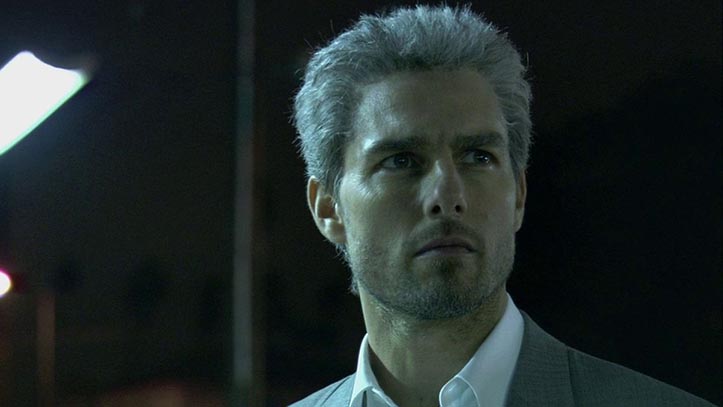 Tom Cruise is much more than just a charismatic pretty face. He does have quite a bit of talent. His bread and butter these days is playing action heroes. He started off in dramas. And in between, he’s played everything else. He’s done absurdist comedy (TROPIC THUNDER), romance (JERRY MAGUIRE), and even a musical (ROCK OF AGES).

And he’s not just playing good guys either. For all his likeability, he’s totally believable as a cold-blooded assassin in COLLATERAL and diabolical vampire in INTERVIEW WITH A VAMPIRE. He’s even good with morally complicated characters, as seen in films like MAGNOLIA. It seems like there's virtually nothing he can’t do, and more important: He's willing to try just about everything.

That willingness to get out of his comfort zone is a big part of Tom Cruise’s success. His star wattage would have grown stale if he didn’t know just when to change things up. Cruise gets a lot of mileage in this regard by making sure he’s always working with great directors. Even early in his career, he was collaborating with the likes of Francis Ford Coppola, Ridley Scott, Tony Scott, and Martin Scorsese. (Side note: Scorsese's movie with Cruise, THE COLOR OF MONEY is terrific and weirdly underrated.)

Since then he’s worked twice with Spielberg and was even in EYES WIDE SHUT, the final film of Stanley Kubrick’s career. When it comes to high-profile director collaborations, Cruise has blown pretty much everyone else out of the water.

Maybe one reason directors like Cruise so much is his wild commitment to his roles. The aforementioned EYES WIDE SHUT filmed for fifteen months, which is an unheard-of amount of time for a megastar actor to spend on just one project. But for Kubrick, he did it.

And then of course, there are the stunts. Cruise’s MISSION: IMPOSSIBLE series is now famous for all the wild things we get to see Tom Cruise do for our entertainment. Few other actors would hang themselves off the side of a real flying airplane or dangle off the Burj Khalifa. Cruise will do it, and audiences are always amazed. For the last MISSION: IMPOSSIBLE film, he literally learned how to fly a helicopter!

He’ll be flying a lot more than a measly helicopter when we see him this summer in TOP GUN: MAVERICK, that’s for sure. And since it’s Tom Cruise, we’ll all know it’s really him in the cockpit and not some pretty computer. That's star power!

TOp GUN: MAVERICK opens on May 27.

All images courtesy of New Line Cinema and Paramount Pictures.