The Best Movies at the 2020 Sundance Film Festival

Every year in January, the Sundance Film Festival offers an opportunity for filmmakers to debut the movies we'll be talking about for the rest of the year — and sometimes for far longer than that. Last year's Sundance saw the first screenings of THE FAREWELL, HONEY BOY, THE LAST BLACK MAN IN SAN FRANCISCO, and Oscar contenders in the documentary section, AMERICAN FACTORY and HONEYLAND. That's just a small selection from last year's festival.

Once again, this year's Sundance is packed with its own lineup of movies that will resonate with audiences throughout the rest of the year — here are the best movies of Sundance 2020.


When A'Ziah "Zola" King wrote an epic Twitter thread in 2015, describing the road trip two new friends (Taylour Paige and Riley Keough) took from Detroit to Florida, she captured the attention of everyone who came across it. That's because her story about a tour of Florida strip clubs quickly detoured into prostitution, humiliation and murder. Now it becomes one of the year's wildest movies.


Eliza Hittman (BEACH RATS) writes and directs the story of stoic teenager Autumn and her best friend and cousin Skylar (played by newcomers Sidney Flanigan and Talia Ryder) as they try to deal with Autumn's pregnancy, and the fact that she is not prepared to be a mother.


Not so much a biopic as a wildly unconventional look at the connection between two very different couples, SHIRLEY stars Elisabeth Moss as "The Haunting of Hill House" author Shirley Jackson. This film takes place more than a decade before that novel hit stands when Jackson was virtually bedridden. Her husband Stanley (Michael Stuhlbarg) hires a new teaching assistant (Logan Lerman), who comes to live in the couple's home along with his pregnant wife (Odessa Young). The interaction of all four people takes surprising and sometimes unsettling turns — which makes perfect sense, given that SHIRLEY is directed by Josephine Decker, whose last film, MADELINE'S MADELINE, was a brilliant, uneasy low-key stunner.


In pursuit of his dream to cultivate a unique farm, Jacob (Steven Yeun) moves his family from California to live in a mobile home in rural Arkansas. His wife Monica (Yeri Han) isn't quite on board with the move, and his two kids — a pre-teen daughter (Noel Cho) and precocious seven year-old son David (Alan S. Kim) — have an even tougher time with the transition. When Monica's mother arrives from Korea to live with them, their collective vision of the American dream takes new shape.


David Bruckner, whose recent film THE RITUAL had one of the best creature designs we've seen in a long time, returns with the intense story of Beth (Rebecca Hall), who is barely hanging on to sanity while staying at the beach house built by her recently deceased husband. Haunted by dreams and visions, and lured by the promise of old secrets, Beth desperately attempts to hold on to whatever stability she can.


Michael Keaton stars as Kenneth Feinberg, who was appointed by Congress to lead the September 11th Victim Compensation Fund following the 9/11 attack on the World Trade Center in Manhattan. As Feinberg tries to figure out how the tragedy can be translated into a dollar figure, he spars with a community organizer (Stanley Tucci) who lost his wife in the attack. 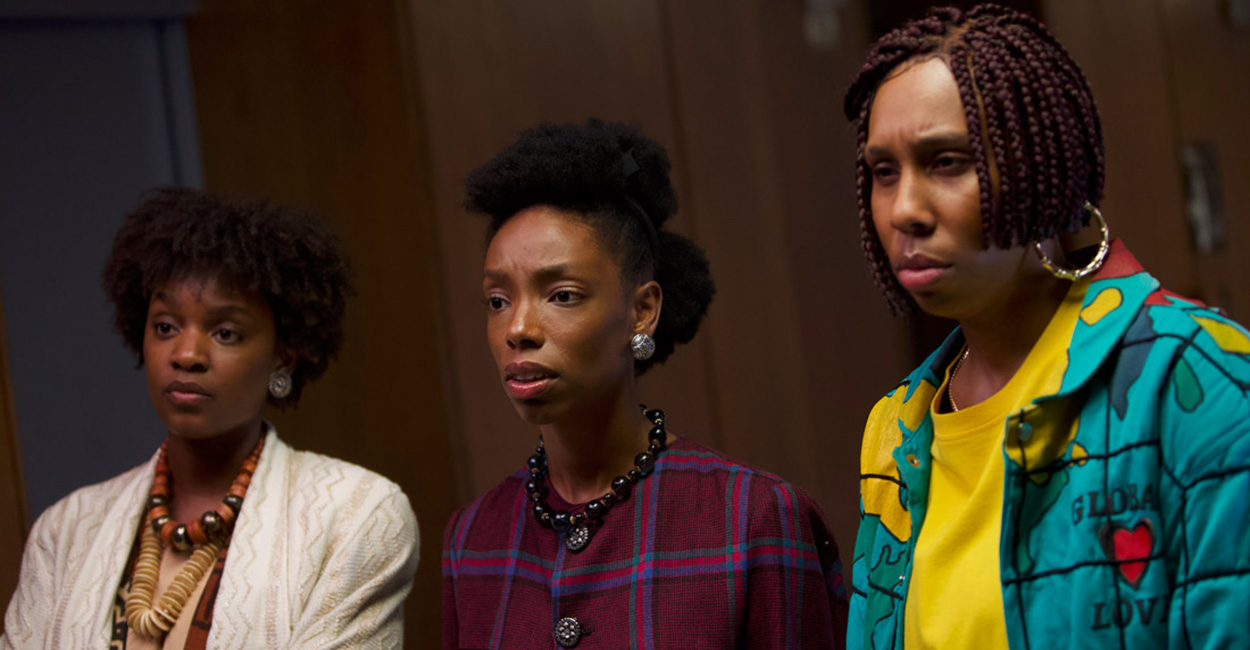 
DEAR WHITE PEOPLE filmmaker Justin Simien returns with a 1989-set horror story. Anna Bludso (Elle Lorraine) finds her upward mobility at an MTV-style music network is stifled by co-workers who adopt her ideas as their own. When a new boss (Vanessa Williams) sweeps in, Anna gets a shot at stardom — if she'll just conform to a few new beauty standards. She does, but things get nasty when her new weave exerts a will of its own.