Frozen 2: Everything You Need to Know

After six years of (mostly) patient waiting, we're excited to return to the mystical land of Arendelle, in FROZEN 2. You might be surprised to realize that a sequel to FROZEN wasn't originally in the cards. Even Disney was surprised when FROZEN became one of the highest-grossing animated movies of all time. Years before release, the movie was very different; it was originally written as the origin story of the legendary villain the Snow Queen. If the film had stayed on that path, we might have seen Elsa leading an army of snow people to take over the capital of Arendelle. Then Kristen Anderson-Lopez wrote the song “Let It Go,” and everything changed.

FROZEN became a blockbuster hit, and one of the highest-grossing animated movies of all time. Audiences and critics alike were wowed by the story of sisterly love. Disney formally announced the FROZEN sequel in March 2015, and now the movie is upon us! To celebrate, we're offering Cinemark Movie Rewards members a chance to win a seven-night Frozen-themed Disney Cruise Line Alaskan Vacation. Log in to your Cinemark Movie Rewards account here to learn more.

Read on for everything you need to know about FROZEN 2!

Disney knows how eagerly viewers are anticipating FROZEN 2, and as a result the studio has been keeping the plot under wraps. The latest FROZEN 2 trailer, however, reveals many new details. While the first teaser and the debut full-length trailer teased a mysterious quest that will take Elsa and Anna out of Arendelle, on a journey through the Enchanted Forest, now we can get a better sense of what the story really entails.

The new trailer, released on September 23 and embedded above, suggests Elsa and Anna's connection to an enchanted forest that has been closed off for many years. As Elsa hears an inner voice that pulls her towards that place, Arendelle is threatened by a magical force. 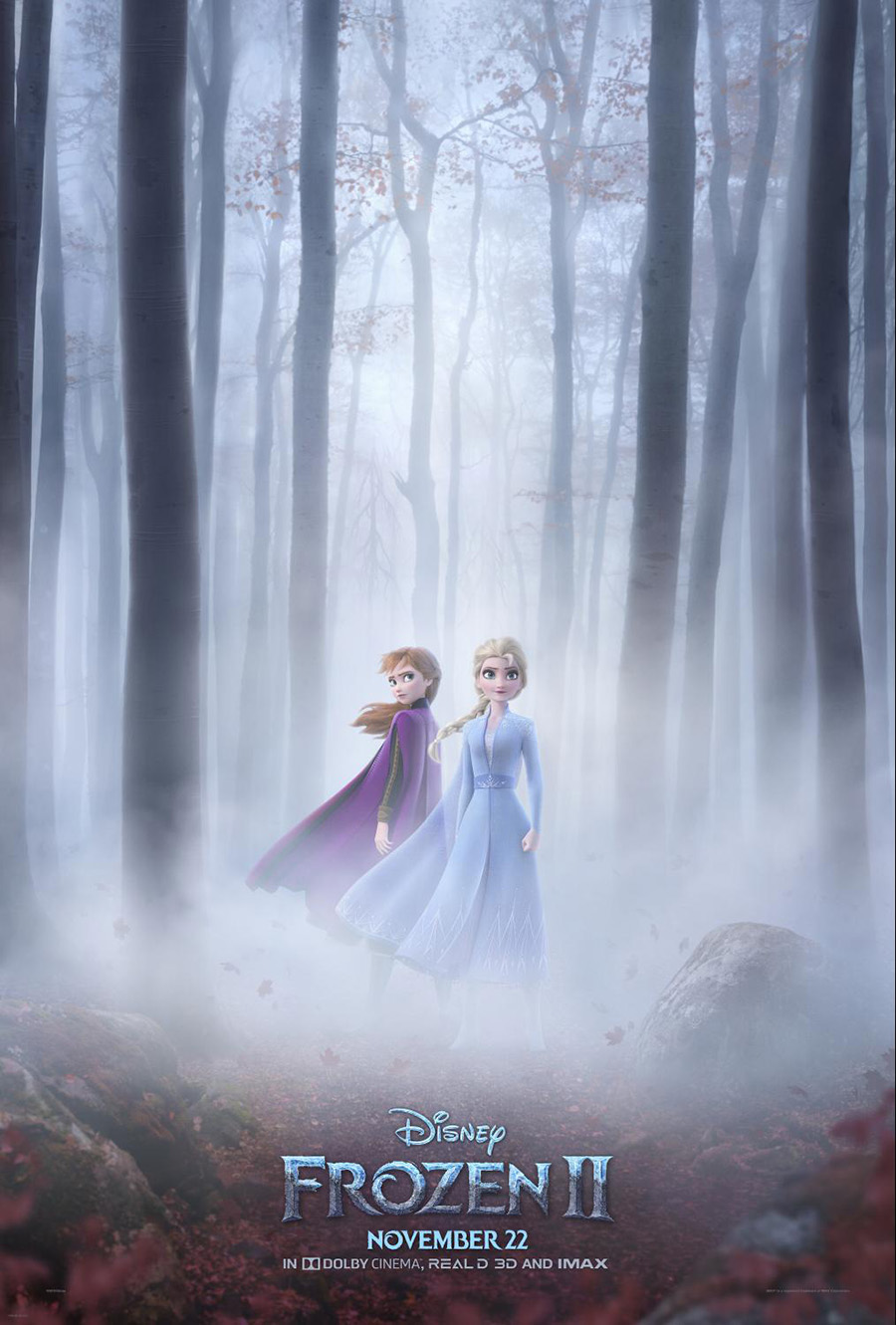 The release date for FROZEN 2 is perfectly timed, as the film opens on November 22. That's at the end of fall and just before the beginning of winter, which seems like just the right time for the story. The Enchanted Forest is even designed to look like an epic fall landscape, to fit right in with the season. And, of course, it features a hero inspired by the Snow Queen, an idealized representation of winter.

All the Frozen Stars Are Returning

The entire voice cast of FROZEN is returning for the sequel. Idina Menzel reprises the role of Elsa; Kristen Bell is back to play her sister Anna; Jonathan Groff voices Kristoff; and Josh Gad provides the pipes for the snowman, Olaf. And, yes, it looks like Olaf will have at least one misadventure of his own, as seen in the final sequence of the latest trailer. Santino Fontana is confirmed to return as Hans, too.

In addition to the returning cast, there are new actors to play characters which were created for the sequel. Evan Rachel Wood voices Elsa’s mother Iduna, and based on the trailer it sure does sound like Alfred Molina voices her father, King Agnarr.

In the latest trailer, we also hear Sterling K. Brown, as Lieutenant Matthias, an officer of the Northuldra, seen above. There's also Yelana, the "unspoken leader of the nomadic Northuldra," voiced by the great Martha Plimpton, and Honeymaren, the free spirit of the Northuldra, voiced by Rachel Matthews. Jason Ritter voices Ryder, the brother of Honeymaren, and an optimistic young man who has never left the enchanted forest.

Why Does Elsa Have Powers?

Disney has confirmed that FROZEN 2 will answer the question nobody thought to ask: Just why does Elsa have powers? Everybody’s used to assuming that Disney princesses can do magical things, but in the cold kingdom of Arendelle, magic seems to be pretty unusual. Given that Anna doesn’t seem to have superhuman abilities too, Elsa's powers don't appear to be genetic. So how did she end up with her abilities?

Speaking at D23 2019, FROZEN 2 co-directors Chris Buck and Jennifer Lee (the latter of whom is the new Chief Creative Officer of Walt Disney Animation Studios) said the film will reveal the true story of what happened to the sisters’ parents. We wonder if the King and Queen of Arendelle are actually still alive. If that’s the case, however, why haven’t they returned to their kingdom? Buck insisted that FROZEN and FROZEN 2 will, together, “tell one complete story,” so we should get answers soon!

The story in FROZEN 2 appears to get underway after mystical energy flares sweep through the woods of Arendelle, almost killing Anna. In the aftermath of the tragedy, the trolls appear on the scene. They tell the sisters they must go on a quest, through the Enchanted Forest, to whatever lies beyond.

Who, or What Is Bruni?

One small part of the latest trailer has us captivated. It's the little creature seen in the image above, which seems to have an affinity for Elsa. This is Bruni, and Disney says Bruni is a "curious and cute" salamander, who "inhabits the Enchanted Forest. Though shy at first, Bruni can't help but be drawn to Elsa's icy magic and enjoys the cool snowflake treats she creates."

It’s becoming increasingly clear that FROZEN 2 will dig deep into the Scandinavian mythology that originally inspired the story of the Snow Queen. Footage shown at the Annecy Animation Festival showed Elsa hearing a mysterious, haunting cry coming from the forest. That was inspired by an ancient Swedish herding call known as Kulning. Meanwhile, the trailers have shown a horse-like water spirit known as a Nokk, which is lifted from Germanic legends. But expect the myths to take a twist; in the legends, the Nokk act as a siren, luring men to their deaths rather than saving them.

What are the Mysterious Runestones?

The FROZEN 2 trailers show Anna and Elsa entering a deep mist; when Elsa stretches her hand out, the mists part to reveal huge, enigmatic rune stones. Each is inscribed with the same mystical rune, which is a pattern that Elsa herself once projected over Arendelle. These stones may be one goal in Elsa and Anna’s quest, and they appear to open a portal of some kind. The latest trailer suggests they are the gateway to the enchanted forest — or part of the seal that has kept it closed off.

What happened in the enchanted forest, and what do the people who live there have to do with Elsa's history? Those are some of the secrets Disney is keeping, and we can't wait to find out the answers.

For those who want to experience the movie again, or have been waiting for the chance to see it for the first time, audiences who see FROZEN 2 in XD between December 6 and December 8 will get an exclusive mini collector's print of the poster seen below. Get more info here.