The Top 10 Films of the Decade

The 2010’s are in the books, and wasn’t it a great decade for what was on the big screen? $110B in domestic box office, 8,316 films released, 88 Best Picture nominees and 10 winners. Well, 11 if you count La La Land for those three minutes. Nevertheless, we have taken on the arbitrary task of narrowing down the top 10 films of the decade. Enjoy! 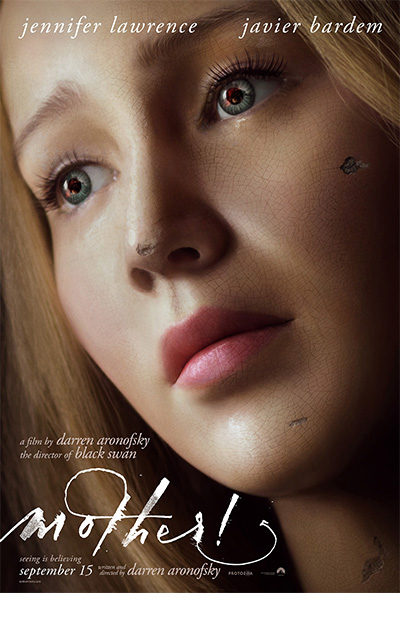 Some of you will stop reading shortly after discovering the 10th pick, but we can’t think of a better film to kick off the list! You’re welcome for saving you some time. Mother! is one of the most divisive and controversial films of the decade, but without question it stands as one of its most bold and ambitious. Modern day auteur Darren Aronofsky wrote the first draft of this script in, what he calls, a five-day “fever dream”. What he manages to pack into this gem are incredibly complex themes that tackle religion, the planet, and parenthood; but what makes this film so nuanced, is its basis in the toxicity of the relationship between a benevolent muse and a narcissistic creator. The film explores the sometimes-selfish incentives of creation and forces the viewer to examine how they may be the recipient (or the perpetrator) of an explosive ego. 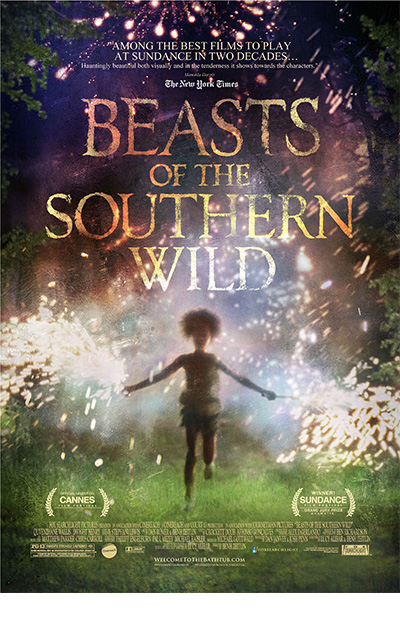 Benh Zeitlin and Lucy Alibar craft a transcendental coming of age story that is somehow both delightful and tragic. This film invites the audience back to a time in their lives when the world overflowed with magic, for both better and worse. An esoteric exploration of how those forced to live on the margins of society are often some of its most crucial components, this film provides a feast for the senses for any film lover and all empaths. Quvenzhané Wallis became the youngest ever Best Actress nominee for playing Hushpuppy, a relentlessly inspiring depiction of a child entangled in her own whimsical imagination. As the world rages on around her, Hushpuppy cannot help but cloak herself in the power of her gifted mind, staunch courage, and genuine love. Without question this is one to seek out if you have not already done so, and thankfully we won’t have to wait too long for another Zeitlin tearjerker. This February, Wendy (2020) will no doubt make a strong bid for next decade’s list. 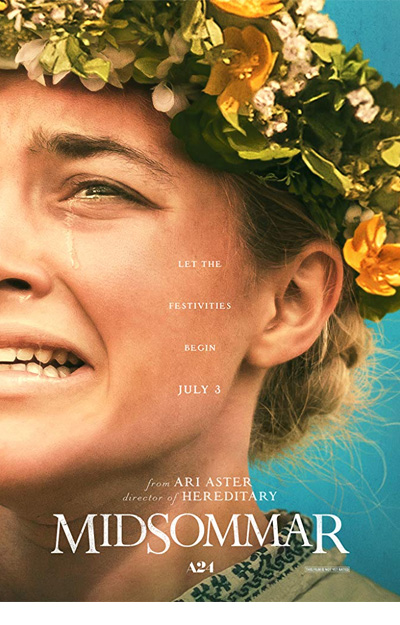 Part horror film, part psychedelic nightmare, the brilliant Ari Aster describes this fundamentally as a break-up film. Dani, played expertly by the rapidly rising star Florence Pugh, follows her millennial “friends” to Sweden. Instead, we take the trip. Gorgeously shot, beautifully scored, and excellently directed, Aster untangles the web of dependency that can all too often plague a relationship between two fledglings. The film does not treat the audience with kid gloves; for over two hours it pushes the viewer to mine for the ways in which they might mask internal weaknesses in the pursuit of external approval. In many ways the true horror of this film may lie in one’s inability to answer this simple question: What is MY pilgrimage? Ironically, this separation tale only serves to strengthen a love of superb filmmaking. In many ways, we are treated to two films in one here. Both in setting and in character, Room affords audiences a revitalization of the look and feel to the world around them. Like Beasts of the Southern Wild, much of this film’s success lies on the shoulders of the transformative performance from an incredibly talented child actor. Jacob Tremblay owns the screen and Emma Donoghue’s story perfectly packages what a “re-do” in life would encompass. In certain ways, the film acts as a surrogate experiment that wonders what life would be like if you could be reborn. Audiences are forced to take stock of their own fortunes and appreciate how boundless most of our lives are, even if it rarely feels that way. Donoghue masterfully balances Tremblay’s optimism with Brie Larson’s paralysis – giving us a somber view into how crippling trauma can be, even if escaped. 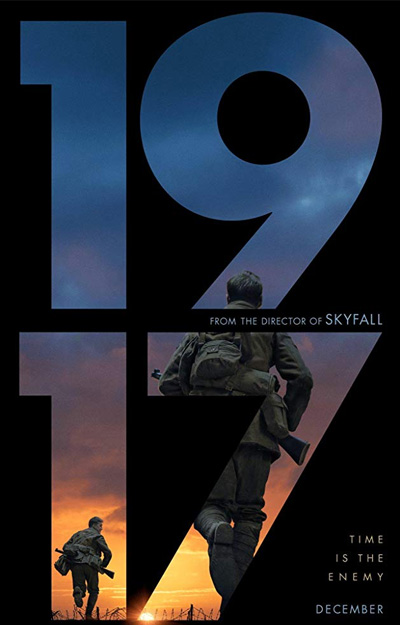 From beginning to end, this film drafts its viewer into a crescendo of anxiety, only matched by its stakes. It is easy to forget how far removed most of the population is from a massive, worldwide conflict – such that entire generations relinquish the luxury of individuality in exchange for the necessity of survival. Sam Mendes achieves the pinnacle of directing, hoping that this film will serve as the only prescription needed to avoid wars like this in the future. A two-hour emblem of the power of human determination, this film serves as an abyss of inspiration. Everyday annoyances dwarf in comparison to what is displayed on screen – a testament to both extraordinary filmmaking and the unmatched bravery of those who faced the unthinkable over a century ago. 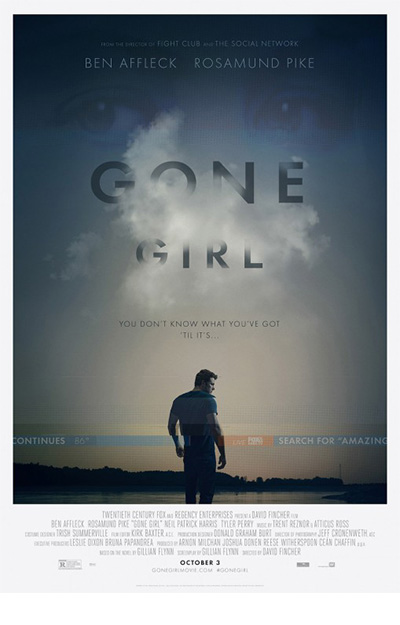 How can you not fall in love with Amy Dunne by the end of this film? Easily one of the most dynamic and fascinating characters of any decade, Rosamund Pike plays her to sinister perfection. Gillian Flynn shares her phenomenon of a novel with movie lovers and invites us for a game of cat and mouse (or cat and cat). Throughout the search for Amy, Nick is coerced to explore how they got to this point. What we are left with is a brutal dive into how we mold ourselves in service of someone else’s perception of us. Amy and Nick never really seemed to share themselves exhaustively with one other, until perhaps it was too late. This complicates things exponentially, because if you never quite have a grip on who you are, how can you share that with another? Won’t you simply be left with facades of what you think the other person wants to see in you? And won’t that drive you crazy? 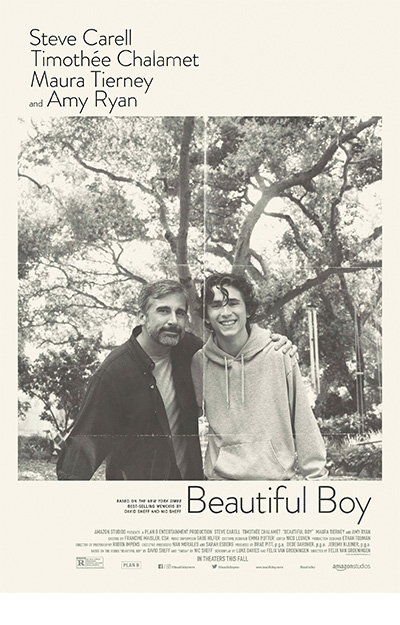 Above all else, this film sits at the steps of two magnificent performances from Academy Award nominees Steve Carell and Timothée Chalamet. A meditation on the limits of love, or lack thereof, Chalamet portrays a son fundamentally in pain. Whatever the cause, and whatever the cure, his father (Carell) becomes overwhelmed with what feels like a quicksand of helplessness. He is forced to question himself deeply, as to whether it is possible to love someone out of their problems. The film effortlessly vacillates between past and present, sobriety and intoxication, heartwarming and heartbreaking. It respectfully conveys the shared tragedy of addiction and emphasizes the unique gift of unconditional love. 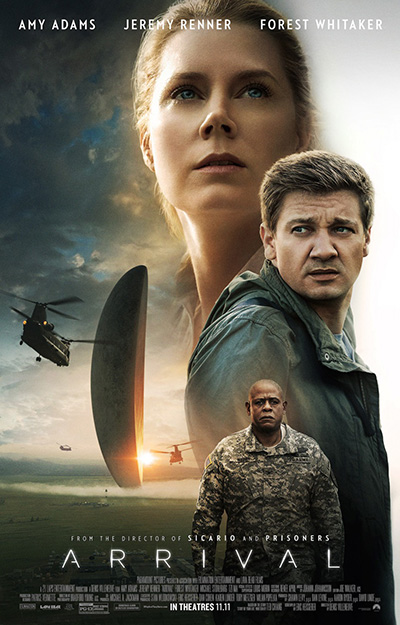 An elegant script, fastidious direction, and a layered lead performance – this film is such a treat. The scope seamlessly expands and contracts: from a global alien invasion, to simply a mother in mourning. The story challenges its viewers to think beyond their own worlds, and perhaps even beyond their own timelines. Not only does it question if we are alone, but also whether we are temporary. Above all, what grounds this film is its inspiring assertion that life is worth living, through both triumphs and terrors. 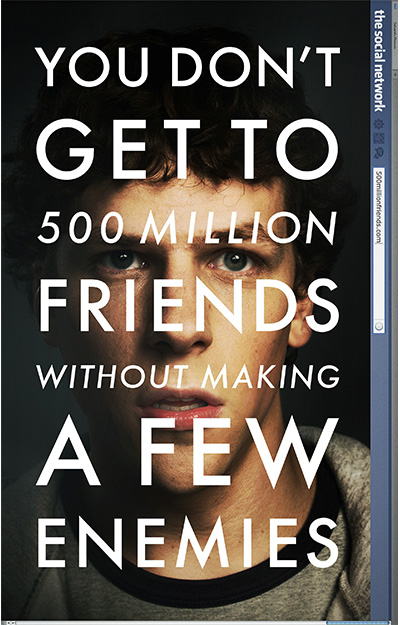 Did we just double Fincher? Unapologetically so. When it was announced that a “Facebook movie” was in the works in the late 2000’s, several industry pundits scoffed at the idea. Instead, two incredible filmmakers arguably doing some of their best work (Fincher and Sorkin) teamed up to create a generation defining piece of art. The Academy Award winning script sinks its hooks into audiences from the opening scene, with Jesse Eisenberg lending a charmingly sociopathic performance as the man with 500 million virtual friends, and a handful of real enemies. This supremely captures the paradox of humanity’s struggle to empathize with one another in an increasingly connected world. 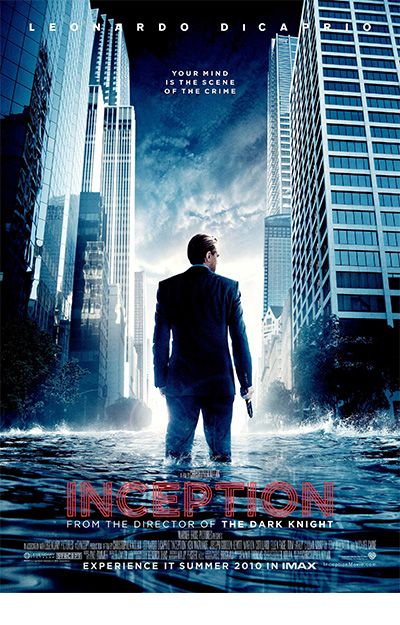 Very few “Best of” lists would be complete without at least an allusion to the iconic Christopher Nolan, and here, he holds top honors for arguably his most revered picture. In conjunction with this film, Dunkirk, and the early looks so far at Tenet, it is clear that Nolan obsesses over the concept of time. He constantly plays with nonlinear narratives, settings and worlds in which time is compressed or stretched, and characters that seem to walk a beat askew from those around them. What Nolan does here specifically is unpack the origins of an idea. In grandiose style, he constructs a world that can act as a metaphor for many fruitful concepts. At its core, however, this film narrates the terror of an obsessive thought, how that thought can drive relentless action, and how those actions can bring numerous flavors of both peace and peril. Such is the quest to make influential art.


Films are very personal to everyone, and the beauty of art lies heavily on a basis of personal connection. So many of people’s favorite films speak to a particular time in their life, and thus tattoo themselves as part of their being. There is no right answer when art is consumed, let alone compared. Naturally, this list will probably look very different from yours. But for good measure, we’ll leave you with some honorable mentions. If between the list above and the films below, you still see egregious oversights, you’ll simply have to share your own. See you in 10 years movie lovers!