The death of actor Chadwick Boseman in August 2020 was a shocking and tragic event. Boseman had suffered cancer for several years even as he starred in multiple movies while concealing the state of his health from the general public.

Boseman's rise to fame was propelled not only by his great talent, but by his performances as T'Challa — aka Black Panther — in the Marvel Cinematic Universe. The movie BLACK PANTHER was a landmark release for Marvel, and the studio still plans to release a sequel even in the wake of Boseman's death.

So how does Marvel make BLACK PANTHER II without Chadwick Boseman? Will there be a new Black Panther actor? We know a few things for certain, and then there are many theories to consider about how the movie will work.

T'Challa Will Not Be Recast

Right now, BLACK PANTHER II is still in the pre-production phase. Marvel Studios president Kevin Feige has repeatedly said that the movie will not recast T'Challa following the death of actor Chadwick Boseman, so we can rely on the fact that the sequel will have to explore new paths.

For instance, in January, Feige told Deadline, "So much of the comics and that first movie is the world of Wakanda. Wakanda is a place to further explore with characters and different subcultures. This was always and initially the primary focus of the next story. We’re not going to have a CG Chadwick and we’re not recasting T’Challa. Ryan Coogler is working very hard right now on the script with all the respect and love and genius that he has, which gives us great solace, so it was always about furthering the mythology and the inspiration of Wakanda. There’s also the task of honoring and respecting the ongoing learnings and teachings from Chad as well."

T'Challa may be gone, but BLACK PANTHER II is likely to do at least one of several things. First, the movie will almost certainly explain the character's disappearance. It will also probably promote another character to the status of Black Panther, with the top choices being Winston Duke's character M'Bak and Letitia Wright's Shuri.

We're pretty sure that Shuri will be working to restore the heart-shaped herbs that bestow the powers of Black Panther. Those were destroyed by Erik Killmonger (Michael B. Jordan) in BLACK PANTHER. If she succeeds, then the door is open for her or another character to become Black Panther.

Speaking of Michael B. Jordan's character, there is chatter about the potential for his character to return. For one, without Boseman, Jordan would provide a recognizable and popular presence. Then there's the matter of the character's final lines, which include "Bury me in the ocean, with my ancestors that jumped from the ships, because they knew death was better than bondage." (That line, by the way, was prompted by Boseman!)

What does that burial line mean in this context? Well, in AVENGERS: ENDGAME, the Wakandan warrior Okoye mentions an underwater earthquake off the African coast. That line was immediately interpreted as a reference to Namor the Sub-Mariner, one of the very first Marvel Comics characters. One of ENDGAME's writers later seemed to confirm that the line was a Namor reference. That, combined with a history of interaction between Wakanda and Namor's underwater kingdom of Atlantis in comic books, has led to supposition that Namor might resurrect Killmonger in BLACK PANTHER II. It's probably a long shot but it's also our favorite BLACK PANTHER II fan theory. 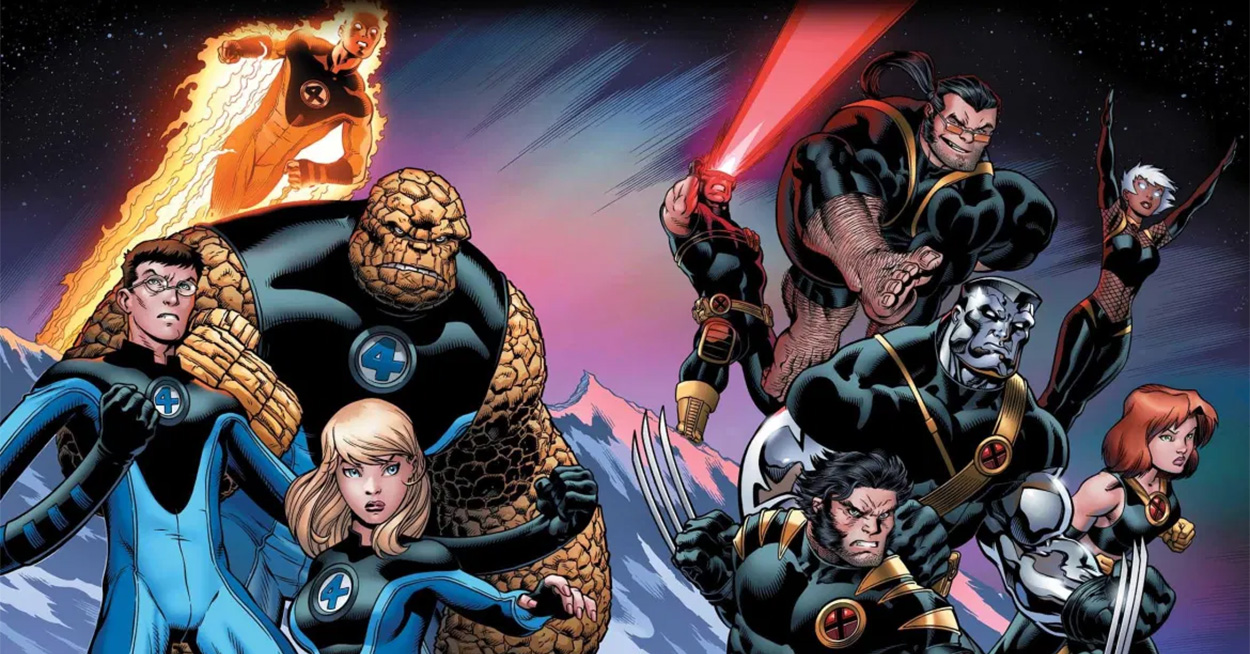 What About the Fantastic Four and X-Men?

One thing leads to another! Namor would also provide a strong new character for BLACK PANTHER II to play with — and one which could lead the movie to be more a film about Wakanda as a whole than about Black Panther as a character. Additionally, Namor is strongly associated with the Fantastic Four, and Marvel is developing — you guessed it! — FANTASTIC FOUR, to be directed by SPIDER-MAN: FAR FROM HOME filmmaker Jon Watts, for release at a yet-to-be-determined point.

If Namor shows up in BLACK PANTHER II, he might also be a gateway to the introduction of a character like Fantastic Four mainstay Reed Richards, who would in turn be a terrific presence to play against the scientist Shuri. Also theorized for introduction into the Marvel Cinematic Universe is the X-Men, who were long under the Fox banner but are now in-house at Marvel. In the comics, Storm and T'Challa had a relationship, which could be alluded to in the new Black Panther movie. If Storm, a long-running X-Men leader, shows up — even in a post-credits scene — that would be a seismic announcement that the X-Men will soon appear in the Marvel Cinematic Universe.

And if any of these ideas sound too far-fetched, just keep in mind that the multiverse idea was already introduced in AVENGERS: ENDGAME and will be further explored in new movies like DOCTOR STRANGE IN THE MULTIVERSE OF MADNESS and probably SPIDER-MAN: NO WAY HOME as well. So a resurrected Killmonger could actually come from another universe, as could Storm and/or Namor. For that matter, a different T'Challa could also appear from a different universe, allowing Marvel to rely on a new Black Panther actor without removing Chadwick Boseman's version from the timeline.

Some of these characters are from our Marvel wishlist — see the rest of the list!

All images courtesy of Marvel Comics and Marvel Studios.